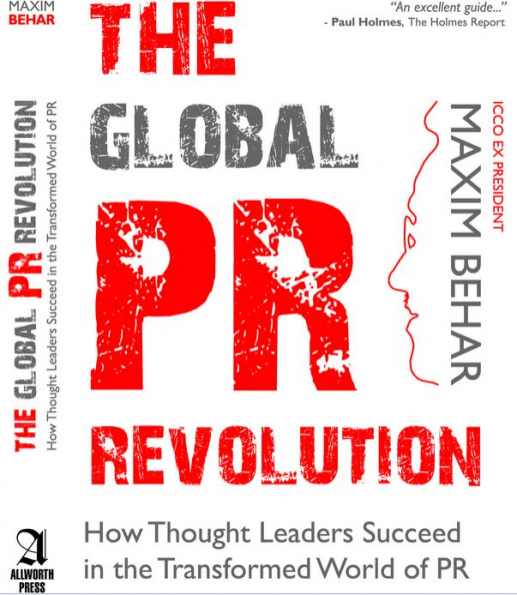 WHO OWNS THE MEDIA?

One of the overarching—and overwhelming, really—traits of the social media revolution is the fact that billions of media owners have emerged thanks to the opportunity to run a social media page, pro­file, channel, whatever. PR companies must be absolutely aware of who those people are.

Of course, this development has occurred against the backdrop of another intriguing merger that has already materialized—that of traditional media with “traditional online media,” a.k.a. their own websites.

Traditional media have been dependent on their websites for a long time now. Even the largest international newspaper has been relying for its survival much more on its website than on its print edition.

A large number of the surviving press outlets exist solely thanks to their websites, because a print medium is not a dynamic media platform updated by the minute. Plus, it is a lot more susceptible to bankruptcy for purely economic reasons.

Of course, this first merger of traditional media with their own websites has hardly gone smoothly. One of the gravest mis­takes has been the failure to adapt identical content to the different environments.

Even today, as they are struggling for survival, many of the tra­ditional media, regardless of the merger with their online divisions, still do copy-pastes of their print stories, instead of adapting them for online (not to mention the need to adapt to the social platforms!). Luckily, if the merger with their online outlet has materialized, when they hire experts, they can adapt their writing and publishing style pretty fast.

It’s not limited to newspapers—it’s the same with TV and radio. There is hardly a decent radio station that doesn’t have a proper web­site that’s updated regularly.

And what is the effect? The emergence of billions of social media users, owning media. However, this has not eclipsed concerns over the ownership of the traditional media gone digital—in both the developed countries where media is bought or already owned by major corporations and in the developing world, including fledging

new democracies, where media often gets snatched up by ruthless oligarchs.

Yet in the new media realm, regardless of their buyouts, even large corporations or hefty oligarchs can hardly boast 100 percent control over the media content of the outlets they own, simply because access to that media’s online platform cannot be limited only to them.

Because if a present-day media outlet isn’t interactive, if it doesn’t give people the opportunity to debate on any topic, or readers the ability to express opinions differing from the position of the pub­lisher, that medium is going downhill, at least from a purely financial point of view. Nobody is going to read it anymore.

Even in post-Communist Eastern Europe, which has become noto­rious for its oligarchs, one can hardly think of a media outlet banning differing opinions as supplements (comments) to the main news stories that outlet publishes. A media outlet like that simply has no future.

Of course, on the other hand, the evident downside is that the own­ership of media is influencing the editorial policies more and more.

The First Amendment of the US Constitution that ensures free­dom of speech was adopted a little over two centuries ago, yet it seems as if that happened light years away—because today’s media doesn’t have much in common with the media that existed back then in America and Britain.

Regardless of how ruthless of a media owner you might be, the more staunchly your outlet focuses on defending and promoting the owner’s business or political interests, the more insignificant that outlet will become, and the less readership it will have.

A media outlet like that could actually still have many readers, clicks, likes, etc., but it will not be trustworthy. And the main thing media are supposed to sell is trust.

With solely traditional media, there is still an opportunity to do that, to propagate your interests and nothing else. Say, a multimil­lionaire buys a couple of newspapers or a TV channel somewhere in the world and starts promoting his or her actions or products in those papers or channels.

OK, good job. However, the reader and viewer of today have other channels for information and usually prefer them. The reader is not

going to rely solely on those papers and TV channels to stay properly informed about a topic.

Even if a corporate or oligarchy owner of a media outlet isn’t inter­ested in making a profit from it, they are still interested in their outlet being perceived as trustworthy.

The point is that in the online environment, and especially now in the social media environment, there is no way for a media outlet to solely feature the agenda of its owner.

The social media environment is bound to force that owner to give an opportunity for people to react and interact, share their views and opinions, whether commenting on the media website itself, or on Facebook.

That’s one great advantage of the social media era.

You can check all the options on how to buy the book at www.globalprbook.com