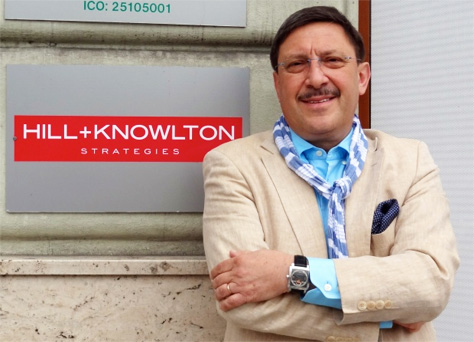 Maxim Behar is a leading global Public Relations еxpert, diplomat, businessman and visioner  with wide experience and strong presence in many countries all over the world. He travels a lot, often speaks in front of world leaders audiences, practitioners, students, and opinion makers on the modern Public Relations, Governmental Affairs, Leadership and Social Media topics.

Maxim is a past President of ICCO, the largest and most influential global organization of Public Relations professionals and practitioners and now is a President of the World Communications Forum Association, registered in Davos, Switzerland.

Нe is inducted in the Global PR Hall of Fame for his entire work supporting and leading thousands of international PR projects and for his remarkable mandate as ICCO (World PR Organization) President.

In 2020 the global edition of the prominent International Media PRWeek announced Maxim Behar as "The Best PR Professional in Europe (outside UK)".

Maxim's latest book The Global PR Revolution is among the best publications about Public Relations sold now internationally and was ranked by BookAuthority  among top 5 new books on PR in the world.

He is also a member of Board of Trustees of the University of National and World Economy (UNWE) in Sofia, Bulgaria.

He is a dreamer and hard worker for a better, more dynamic and more ethical world. Maxim is also a practitioner - he likes chatting, networking, serious business projects, social media, rock music, gadgets and traveling, meeting new people and facing new challenges, reading and writing. Also he is a committed fan of golf, cycling and parachute jumping.

One of his favorite rules in life is: If your dreams don't scare you, they aren't big enough!

In 1994 Maxim founded M3 Communication Group, Inc., a leader in the field of public and media relations in Bulgaria. Since then he has been the company's Chief Executive and Chairman of the Board of Directors. The company is also an exclusive associate of Hill+Knowlton Strategies in Bulgaria.

In 2004 M3 Communications Group, Inc. founded M3 College - the only private fully licences college on PR & Marketing in Bulgaria and Maxim has been Chairman of the Board since then.

Maxim is a Chairman of the International Board of Trustees of Sir James Mancham International Centre for Peace Studies and Diplomacy in Seychelles as well as Honorary Consul General of Republic of Seychelles to Bulgaria. 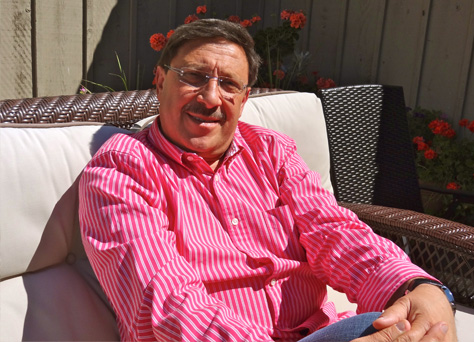 Currently, Maxim Behar is Vice-President of The Atlantic Club in Bulgaria, Board member (former long years Chairman) of Bulgarian Business Leaders Forum and tens other local and international organizations. Maxim served as Chairman of the Board of the Bulgarian Association of PR Agencies (BAPRA). He is also Global Ambassador of APRA, the African Public Relations Association and International Senior Consultant of CIPRA, The Chinese International Public Relations Association. In 2019 he was appointed Chairman of PR & Media Committee of FICAC (World Federation of Consuls). From 2018 Maxim is Vice President of Malta-Bulgarian Chamber of Commerce. Maxim is also appointed in the Advisor Board of the World's PR Museum in New York.

Maxim supports charitable initiatives such as Every Child Foundation Bulgaria and had been a founder, member and Chairman of the Board of Trustees for many years.

Maxim has a Bachelor's degree in Engineering Economics and an Advanced degree in International Economic Relations from the Prague Economics University in the Czech Republic.

He also graduated Yokohama Kenshu Center in Japan, The Pacific Institute in Seattle, USA, University of London in UK.

In 1981, during his studies, he began his career as a journalist in Bulgaria, the Czech Republic, and Poland. He remained active in journalism until 1995.

Maxim's previous book “Generation F” reached #4 of sales on Amazon (2012) and also his previous books “111 Rules on Facebook” and “Secondary Instinct” were considered best sellers in the country.

In 2015 elected President of ICCO (www.iccopr.com);

In 2013 elected Chairman of the World’s Communication Forum in Davos;

Mr. Behar is also engaged in the social and cultural life of the country. He serves on the Board of  several organisations including Junior Achievement Bulgaria (2001 – 2012), Atlantic Club in  Bulgaria, he is a founder and Chairman of the Bulgarian-Polish Business Club and Founding  member of Board of Trustees of Every Child Foundation;

Treasurer and Member of the Executive Board of the largest PR community in the world  ICCO (International Communications Consultancy Organisation) since 2010;

In 2012 Association of Bussines Communications of India announced Maxim Behar  as “Communicator of the Decade”, the award was presented to him by Chief Minister of State of  Goa Manohar Parrikar;

In 2003 he became founder and Chairman of the Board of M3 Communications College, the first  and the only fully licensed college in Bulgaria for Public communication studies, associated  with Manhattan Institute of Management in New York;

Earlier in the year of 2003, together with former Nevada Governor Bob Miller, he became a  founder and shareholder of the major Bulgarian-American consultancy company Miller & Behar  Strategies, successfully operating to promote US investments to Bulgaria and also to provide  more information about US business environment to Bulgarian entrepreneurs. Nowadays Mr. Behar  is the sole owner of the company, wich changed the brand to MB Strategies;

Mr. Behar served as Board Member and Executive Director for the Bulgarian Investment Forum from 1997 till 2000;

He was initiated the foundation of two associations: the National Association of Journalists for the  EU (1995) and the Bulgarian Association of Advertising Agencies and Professionals (1996);

Full Advertising training in different US States at the US Agency for International  Development – 2000;

Bachelor's degree in Engineering Economics and an Advanced degree in International Economic  Relations from the Prague Economics University – 1983.

In 2013, M3 Communications Group, Inc. won the award for best corporate website in  2012, according to the jury of the SABRE Awards;

In 2012, M3 Communications Group, Inc., has been recognized as the strongest PR brand on the  Bulgarian market, according survey of the local consumer segment by Superbrands , the world's  largest independent arbiter of brands;

In 2012, Maxim Behar has been voted Bulgaria's Manager of the Year for 2012 in the online  vote of the largest Bulgarian private TV channel bTV as part of the annual top managers' contest  of the renowned Manager magazine;

In 2012, Maxim Behar has received the "Communicator of the Decade" Award of the Association  of Business Communicators of India (ABCI) at a glamorous gala dinner in the Taj Mahal Palace  hotel in Mumbai;

August 2012, Maxim Behar has been awarded as a Distinguished Honoree in the Executive of the  Year in Advertising, Marketing, and PR category by the International Business Awards - The  Stevies;

In 2011, The Stevie Awards declared M3 Communications Group, Inc. "Best PR Agency in  Europe" and Mr. Behar was a finalist in the category "Executive of the Year" in the field of PR,  marketing & advertising. Both awards were received by M3 Communications' CEO at a glamorous  ceremony at Emirates Palace in Abu Dhabi;

In February, 2011, The Holmes Report announced M3 Communications Group, Inc. as the Best  Consultancy in Eastern Europe for 2011. Again in 2011 the company was announced "Agency of  the Year" by the BAPRA Brigth Awards annual contest, organized by the Bulgarian Association of  Public Relations Agencies and judged by entirely international jury;

In November 2005 Mr. Behar was announced Honorary Citizen of the city of Shumen – his hometown;

In 2005, the monthly magazine Ikonomika presented officially its yearly award Mr. Behar for  special achievements in Business Communications to Mr. Maxim Behar. The prize is the most  prestigious one in the field of business communications in Bulgaria and for the first time ever  goes to a PR and marketing expert;

In 2004 Maxim Behar was announced "Face of the Bulgarian Tourism" and received the award by  the prestigious monthly magazine Recreation & Tourism at a special ceremony in Sofia;

In 2001, Mr. Behar was elected President of the Bulgarian Business Leaders Forum;

In Sofia, 2011, he was an official guest at a breakfast with UN Secretary General Ban Ki-moon.

During a visit to Jerusalem, he had official meetings with two Israeli Prime Minsters - Shimon Peres  and Tzippy Livni;

In 2010, dinner with US Secretary of State Hillary Clinton and Israeli Defense Minister Yehud  Barak during the American Jewish Committee (AJC) annual convention;

February 2010, he was a keynote speaker at the World Forum for Top PR Managers in Davos,  Switzerland. An year later, as a Member of the Organizational Committee of the Forum, he was  moderating the forum’s opening panel;

May 2006, he attended a dinner with President George Bush at the National Building Museum in  Washington D.C. on behalf of the 100th Anniversary of the American Jewish Committee (AJC);

In 2001, Mr. Behar was elected President of the Bulgarian Business Leaders Forum. As such, he  officially hosted The Prince of Wales during his visit to Sofia in 2003 and moderated the meeting  of His Royal Highness with representatives of the Bulgarian business sphere. Mr. Behar served as  Chairman two consecutive terms until 2007 and currently is a member of the Board and Vice-  Chairman of the Forum;

Mr. Behar was a Press and Public Relations Director in 1998 during Hillary Clinton, US First  Lady's, visit to Bulgaria;