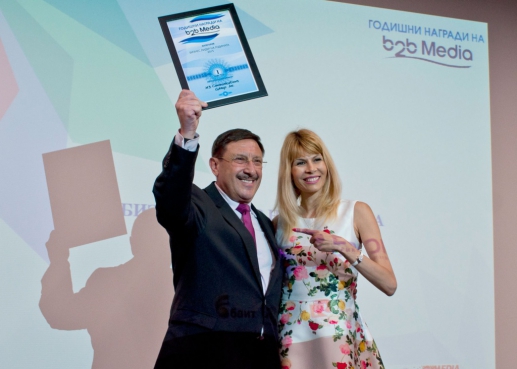 Bulgarian PR expеrt, businessman, journalist and diplomat Maxim Behar has been declared Business Leader of the Year at the annual b2b Media awards.

His Bulgarian-based company M3 Communications Group, Inc., of which he is founder and CEO, has been awarded in the Most Creative Office Space category.

"Business Leader of the Year is a significant acknowledgement to me. It can be received only by a person with a strong team beside them. I express my gratitude to the whole M3 Communications Group, Inc. Team for their professionalism and support," Behar has said.

Last year, Maxim received a Stevie business award after being declared Chairman of the Year for 2015.

In April, M3 Communications Group, Inc. was awarded Agency of the Year in at the annual ceremony of the Bulgarian PR Association (BAPRA).

This year, Behar was also included in the Global Power Book of PR professionals, becoming the first Bulgarian to be part of it.

Behar, who is President of the International Communications Consultancy Organisation (ICCO) and Chairman of the Board of World Communication Forum in Davos, manages the Czech office of the largest PR corporation in the world Hill+Knowlton Strategies. He also serves as Honorary Consul General of the Republic of Seychelles to Bulgaria.