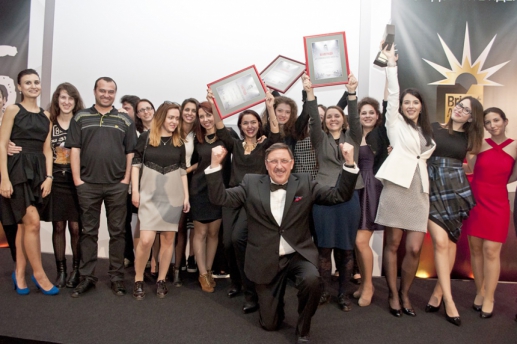 M3 Communications Group, Inc. was declared Agency of the Year 2016 in Bulgaria, the biggest recognition in the country's PR business.

At a ceremony annually held by the Bulgarian PR Association (BAPRA), an international jury awarded the agency for its outstanding achievement and hard work in social media and crisis management.

A total of three awards were handed out to M3, including a first place in the Most Innovative Campaign of the Year category - one it received for its pCloud Crypto Hacking Challenge - a third place in the Special Events category for the Happiness Concert, an event in support of a campaign aimed at helping people suffering from Hepatitis C.

"2015 was an exceptionally important and successful year for me and our entire team, It was a year marking a big step in Bulgaria's PR history, since it was for the first time that a Bulgarian became the President of international PR organization ICCO," Maxim Behar, M3 Communications CEO, said after the awards were handed.

"This is not just a personal recognition for me, but also a great achievement for all of us developing this business in Bulgaria. THis is why I am very proud an happy with our awards at this year's ceremony," he added.

You can read the whole article here: www.novinite.com/M3+Communications+Group