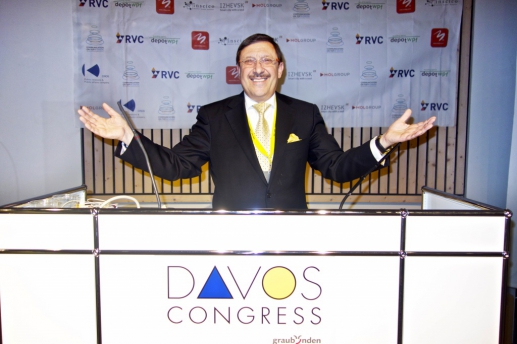 PR expert Maxim Behar was the only Bulgarian participant in the 2015 World Communication Forum in Davos.

“Five years ago here in Davos I argued that education in the sphere of the PR business was undergoing a harsh test,” he stated during the Forum.

Behar, a member of the Board of the World Communication Forum, participated in a discussion on modern PR education and got into a sharp dispute with Carlo Alberto Carnevale Maffe, Professor at Milan's Bocconi University, and Sergey Zverev, President of CROS Public Affairs & Public Relations, one of the biggest PR companies in Russia.

“The problem now is that 99% of the media content, by that I mean social media content, is created by amateurs, by people who are not professionally involved in communications. This immensely increases the obligations of each and every PR manager related to training professionalists quickly,” Behar stated.

The Bulgarian PR expert suggested that theory was dramatically lagging behind real developments in the PR business all over the world.

He pointed out that real education only took place at practice-driven companies as a result.

Maxim Behar took part in the discussion in his capacity of founder of M3 Communications College, an educational center established 20 years ago in Sofia, specializing in professional training in the spheres of PR, marketing, and business communication in Bulgaria.

He also moderated an important session within the 2015 World Communication Forum in Davos.

During the event, which took place in front of an audience of over 250 participants, corporate heads of communications had to select a partner-agency after a series of brainstorming fire-chats.

During the Forum, Behar was also elected as one of the seven members of the Executive Committee of the newly established World Communication Forum Association (WCFA).