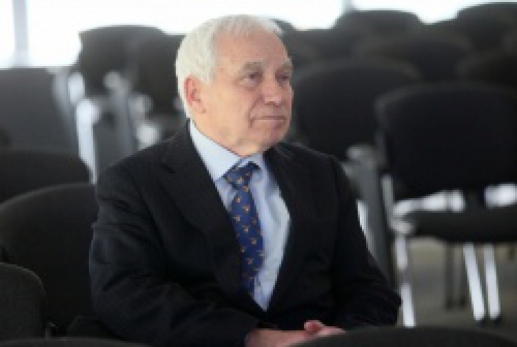 Zhelev, or Why We Shouldn’t Feel Anguished

Anyone among us will be constrained by time to say something historic about Zhelyu Zhelev. What we already know for sure, however, is that if Zhelev is to go down in history, there are three things that make him unique.

First, he was the authority who didn’t allow a single drop of blood to be split during the extremely complex period of transition that followed the fall of Communism in Bulgaria. He convinced the aggressive ones to calm down and influenced the calm ones to seek new roads to change.

His voice was soft like the velvet of the changes in what was then Czechoslovakia and staunchly uncompromising like the changes in Poland – the two countries he often cited as an example for Bulgaria in the early 1990s.

That is why his closest friends among the Presidents were Vaclav Havel and Lech Walesa. He loved them and they talked about him with immense respect.

Second, Zhelev was the first President in Bulgaria’s history directly elected by the people – a recognition that will be remembered forever…

And third, he was the first post-Communist head of state, which reserved him a very special place in Bulgaria’s history.

Zhelev arrived at the annual meeting of the Atlantic Club of Bulgaria at the end of December last year and spoke about the transition for more than an hour, facing the youngest members of the club. Moni Passy and I and the other members of the Board were standing beside him, careful not to miss a word of his recollections as if we were seeing him for the first time.

And he had what to say – to the other Presidents in the Balkan Political Club established at his suggestion; to his friends from Veselinovo he had never forgotten; to the young people who don’t even remember what Communism was; and also to us, who had listened what he was saying hundreds of times.

Last week I had a supper at his daughter Stanka. We talked all evening about him and what he had done, what he had always wanted to do – to see Bulgaria having become a democratic state and Bulgarians displaying positive attitude and smiling. Nothing more.

And now, today… when he is no longer here, I’m sure there won’t be a single family in Bulgaria that won’t remember Zhelev – the President, the calm and unwavering intellectual who taught us to be honest, avoid envy of others and work hard.

This is why, let’s not feel anguished today when we remember him. Instead, we should feel happy because he lived, because we remember the lessons he taught us and we were among the generations his words reached.

We bow our heads to honour your memory, President!