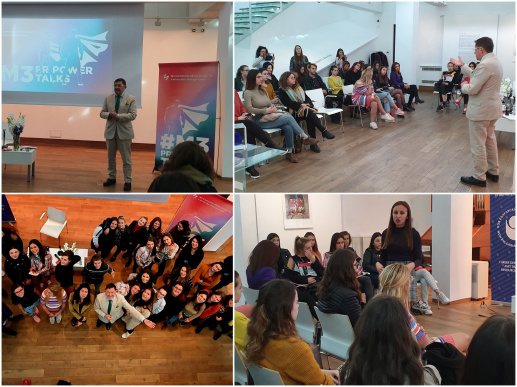 M3 Communications Group, Inc. may have marked its 25th anniversary recently with a wild party, but this does not mean the celebration is over. Maxim Behar and the team have once again proven their creativity and professionalism, creating a series of events named #M3PRPowerTalks.

The format meets present and future as it puts the current leaders in the PR business – #M3DreamTeam – face to face with young PR students. The idea is to involve the students into real-life situations, to give them real-life examples firsthand and in response to receive their point of view on modern PR. Maxim Behar was the one to open the discussion and give the students valuable advices. He shared his PR credo or in other words, the three S rule – Speed, Simplicity and Self-Confidence.

This was only the first from a series of events #M3PRPowerTalks that will take place in the biggest universities in the capital. Next on the list is The University of National and World Economy (UNWE) on the 20th of November and Sofia University "St. Kliment Ohridski" on the 27th of November.