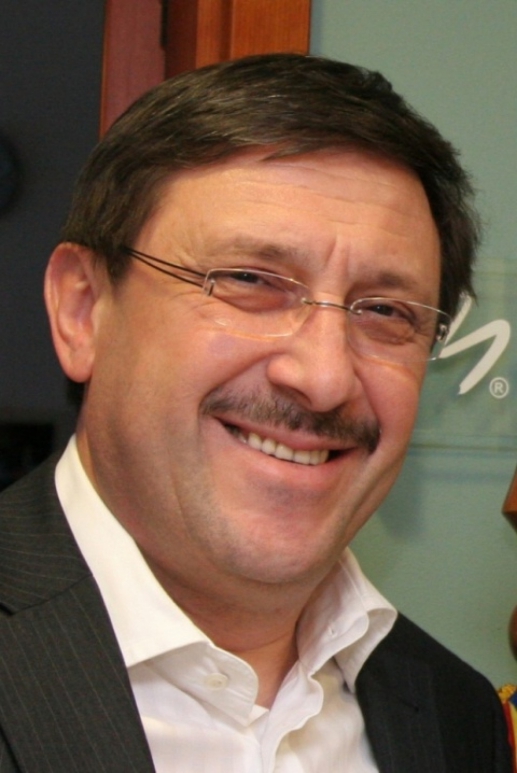 Bulgarian PR Expert Maxim Behar: Freedom of Speech Is the Mother of All Freedoms

Media must be completely independent because the freedom of speech is the mother of all freedoms in a modern democracy, according to Bulgarian PR expert Maxim Behar.

"The world changed two-three years ago with the so called tsunami of the social media. The clients of PR agencies now come to us to ask us how to use their media, not how to reach the media. Because they themselves now have media of their own – whether that is their Facebook page, or a LinkedIn page, or their website, they already got their own media," Behar told the BGNES news agency in an interview.

He says there are two basic words in his field and his business – "public" and "relations'.

"Our major power used to be that we could make publicly known people who weren't. That's no longer in demand. First of all, because everybody is a public personality. A regular person sitting in an old garage with a 10-year-old laptop could become more famous than a politician, a sports personality, or a show business star. That is, publicity is already very different. This is the first big change," Behar thinks.

In his words, the second big change has materialized in journalism itself.

"Modern journalism – with the exception of analyses – although sometimes one can find very deep analysis on Facebook walls – boils down to having something to say, and having somewhere to say it. Social media are providing people with a platform on which they exercise in journalism, and are becoming better and better," he believes, while also pointing out that, on the other hand, traditional media are disappearing.

He believes that these transformations have not been brought about by the economic crisis, or the fact a client who used to have a budget of 100, now has a budget of 50.

"I am no longer calling a crisis what's been happening around us. This is a new reality. It was a crisis in the initial years – 2008-2009. It is now a new reality in which we will be living for many years to come," the PR expert predicts.

"But if somebody tears a newspaper to pieces publicly (Behar apparently refers to a recent case in Bulgaria in which TV7 anchor Nikolay Barekov tore to pieces an issue of the Trud daily on air as part of the war between the owners of the two media – editor's note), then this too is a crisis. For both the newspaper owners, and for the entire society. There are other ways of being in a dispute that are a lot more convincing, a lot more intelligent, and not so aggressive. We know very well that aggression generates aggression, and we don't need that in our society right now. We all witnessed how in Russia Vladimir Zhirinovsky poured juice on his opponent during a TV debate; we are witnessing brutal lobbyism design to use media for corporate purposes... But I had never even imagined that somebody could strike at a print media on the TV screen... This stands for the labor of our colleagues and friends. We must appreciate it and respect it, just as we must appreciate and encourage tolerance in the modern society," Behar says.

He thinks that in political PR things must be a little bit more black and white.

"You work for a mayor, a president, or a member of parliament, and if they get elected, you win, your campaign was great; if they don't get elected, you lose. Results there are a lot more defining in terms of whether a campaign has been successful or not," the PR expert explains.

"Every single Facebook profile of a person running for mayor, president, MP, is actually a media that this candidate owns. But nobody knows how to use and manage them because in order to manage a media you still need to be a bit of a journalist, you need to have a feeling for the market, you need to know your readers and what, when, and how you should give to them. In principle, political PR, I would call it political marketing, is a very complex matter which is not for everybody," Behar believes.

"Media should – I am saying they should – be totally independent. Because the freedom of speech is the mother of all freedoms in a modern democracy. If a politician wants to sell something interesting to a media, they should not be calling a journalist that they know; they should be sufficiently interesting, convincing, and with a very interesting position and a platform so that the media can get interested in them," he adds.

In his words, however, in a small country such as Bulgaria where "we are all cousins", reality is different.

"It is normal to know the journalists in a certain newspaper or a TV station, and to have some sort of dependencies with one another. But I think that ideally the public relations business must not try to influence media in any way other than its own creative force, its own ideas, its own brainwaves," Behar states.

In his view, the successful strategy and good ideas of a PR agency attract the media, and respectively, its readers, viewers, listeners. "This is the foundation of our business – being interesting, innovative, and knowing how to use the social media."

Behar does not believe that PR has also been turned into a media service. He thinks that there must a "Chinese wall" between the PR business and journalism. "There must be a very good partnership, very good understanding, but there must not be any influence attempts in either direction."

"Many people that I have worked with in the press know that for these almost 20 years in the business I never afforded to call a colleague of mine in order to ask them for a favor. First, because this is contrary to any ethical norms. Second, because even if you turn your back to these norms, you can call once, you can call twice, but the third time they will hang up on you. Our job is to come up with a strategy that can be so interesting for the media that they could like it and understand that it is really worth writing something about the respective product," he adds.

Behar also notes that one of his first definitions for PR that he came up with 15-16 years ago was the following brief sentence: "Creating an interesting project that can get the media interested, without any of them would know that you created it." His current definition is ever simpler: "The ability to do something good with everybody knowing about it."

"This way people are not only becoming better, they are starting to work better, there is a point in knowing what is good," he argues.

In his words, journalists must be very impartial and must express their opinion. "Each journalist is a homo sapiens. They are a person with an opinion, a position, and the clash of many positions leads to the most valuable thing in a society – knowledge."

"Social media are arrays of knowledge. The more often we exchange different opinions in them, and in the traditional media, the greater people's knowledge is. The more there are different opinions, different clashes of positions, however painful they might be for our clients and for ourselves when it comes to business, the better we are getting, the more we get to know, and the more enriched we are when the media are independent. The media must be independent. And media independence – this is the opinion of a journalist without anybody influencing them. But these must the opinions of these people themselves, not the opinions of their owners, or opinions imposed on them by their chief editors. I am not saying that is happening but every young democracy such as Bulgaria faces this risk. When there is independent journalism, there will be an independent society, independent people, and it is this freedom that we must protect, especially now that we are somewhat tired of the transition, when we are slightly disappointed from the great expectations that we had from the EU after 2007. Now we especially must protect media freedom as something very valuable, or even invaluable, I would say – the freedom of each one of us being able to say their opinion, and to defend it," Behar concludes.