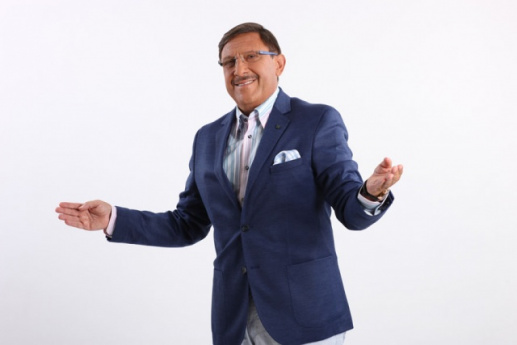 After the End of Journalism – The Revolution that Turned PR Experts into Publishers, Editors, and Reporters

Throughout all those years that I’ve spent in PR business, I’ve been repeating almost every day that the players in this game should be honest, reputable and creative. That was our business’s peremptory mantra – do your job professionally, come up with ideas (whenever you can), be honorable (if you can) and say the truth (any way you can). And everything, absolutely everything in this business was in its place.

The client, very figuratively and loosely described, used to knock on the door of our office, timidly stepping forward and perplexedly saying: “I… I found out that… you are making PR here… can you help me increase my sales… and if it is possible, to arrange one or two interviews with me somewhere.” Well, when this used to happen, all of us in the office, we exhilaratingly started working as we have for years. And then – a press conference, product presentation, media breakfast, a visit to the factory or the office, two press releases a month… The same tools for so many different clients. Sometimes it all seemed to me like an assembly line business in a factory. And it was the same for all of us.

Well, naturally, there were big international companies that knew very clearly exactly what they want from a PR company, knew very clearly how their project should be done and of course – they had the same standards for Bulgaria as they had for any other country. Then… the business was becoming a little more interesting, the swing, the budgets, and the projects were a little bit different, not to say large-scale, but the tools and the approach were the same. Classic media, classic PR, classic messages.

Until the Day X came – February 4, 2004, the sacred date that changed the world. For one pretty simple reason – it unified all popular communication services known by then: messages, chats, videos, and photos, in just one platform, in just one place. Practically, one media called Facebook.
I don’t dramatize this date or this media as much, but it was the key to change in our business that in my new book I call a “revolution” and I believe that it truly is.
There are several important reasons for this.

In the first place – the ownership over the media changed drastically. Fifteen years ago, media divided only into state and private. All over the world.

Facebook, and later on the other social media – Twitter, LinkedIn, Instagram and many others, allowed their billions of users to write, share, like or hate. They gave them something that no one until that moment had complete and uncontrolled access to – the right to own a media. And while for the people from downtown Sofia or the suburbans, from Japan or Australia, from large India to the tiny Vatican this was a chance to share, to write or to meet as much as they want, for our business it was a completely different picture.

Here comes the second important reason for the revolutionary change in our profession. From typical consultants and organizers of press conferences, for a few days, the PR experts turned into a strange amalgam of publishers, editors, and reporters. Publishers – because this is the main characteristic of someone who owns a media. Editors – because we could hardly imagine a modern PR expert who does not pay attention to every comma in the text they write or – naturally – they publish on behalf of their clients or even under their name. And finally, reporters because the essence of modern PR communication is telling stories, not any stories, but ones that contain news and unknown facts and events.

I remember well how at the end of the 20th century I was giving interviews all over saying how newspapers are dying and will be replaced by online media, that will occupy their territory so that everybody will believe them. Even the word social was missing in the dictionary of the common strategist, who was trying to evaluate what will happen in the new media era. It was not so hard to predict because of several reasons which even then, 20 years ago were clear. Online media was lightning fast, even then it was interactive, meaning everyone had the chance to express their opinion under every post and it was fairly easy to measure the effect of each advertisement and each text.
So then, my phones wouldn’t stop ringing, my ex-colleagues (I spent 15 great years in journalism), would not so friendly come at me with objurgations that I am almost predicting the end of their profession. At this time, I did not even think of that, I only thought of newspaper paper and distribution, but now it has really happened – the end of journalism as we know it and as hundreds of millions of people if not billions would still want it to be. There is no risk to offend the editors of this wonderful magazine – they have long ago embraced the online and social media and are an example of a combination of the two kinds of journalism – passive and interactive.

In the newspaper era, the time was as stretchy as Turkish delight. In those very careless times, from my perspective now, we had from 8 to 10 hours to make a decision, to react to a negative publication or any mentioning of our client’s name. Now we don’t even have 10 minutes, if it does not meet a fast and professional response, every word in social media can cause an avalanche of opinions, that can ruin the reputation of a client, a product, a brand or a service.

Exactly these days this reaction is placed in the hands of the PR experts and this means not only a much bigger responsibility but a great amount of new knowledge, daily education, very broad general knowledge, and precise professionalism. A fast but unprofessional reaction can very often cause more damage than keeping silence and let things settle.

And finally, one very important historical change in our business. The irrevocable merge of the three elements of the public communication business – advertising, PR and digital marketing. Of course, social media caused this unification, because practically, everyone rushed to prove that they can complete the best project for their client. The reason is precisely that everyone had access to the media and they started thinking they are the editor-in-chief in it. And against the background of the many discussions about how this unified future business will be called and who will have the leading role in it, I state that this will be PR business and I have two strong arguments: the need of crisis management will be increasing and the clients will need management of their brands and their texts. Who else if not PR business is the king of handling crisis and managing intelligent, creative and impactful content…

And at the end – the biggest and most important change. PR business is forever business for leaders only. Having said that, I do not mean the higher management, the CEOs or any other “boss”. Of course, I mean every PR expert who is already a leader of their own media, projects, their ethics, and their corporate loyalty. Simply a modern leader.