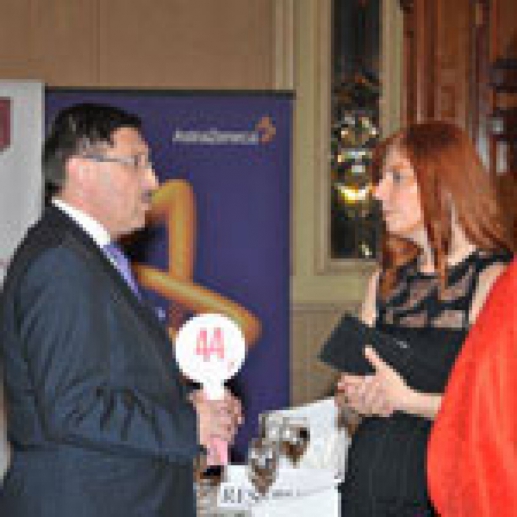 The amount of 18 000 BGN raised will be donated to I Want a Baby Foundation in support of their program for assisted reproduction for people with rare diseases, denied of state funding, and to Specialized Hospital for Active Treatment in Oncology, Sofia to fund free breast cancer screenings of women who live in remote parts of Bulgaria.

As a person, dedicated to supporting charity initiatives, Maxim Behar participated in the auction, buying an aquarelle by Svetlin Roussev, dating from 1984.

That was not the first time Mr. Behar buys a valuable object to support important social cause. At the 2009 edition of BBLF's Grand Charity Ball he managed to grab the young tennis star Grigor Dimitrov's "legendary" racket from his match against world's No. 1 Rafael Nadal.

The news is published at http://m3bg.com/projects.php?start=16