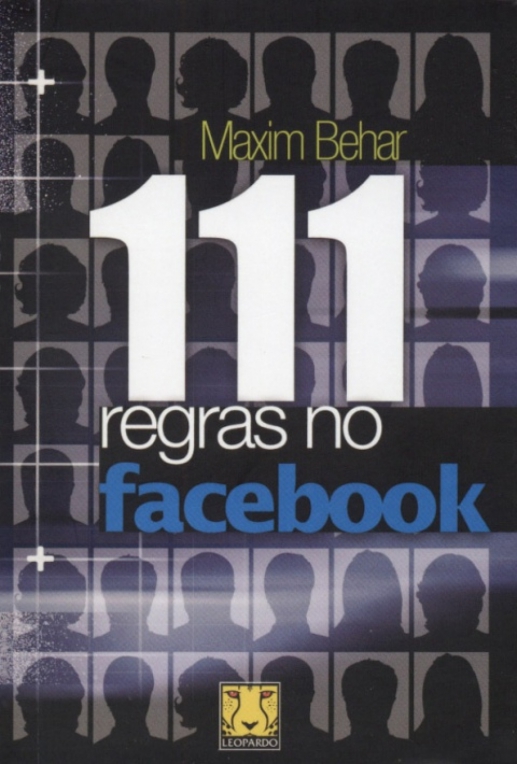 "111 Rules on Facebook", a bilingual edition (originally published with sections in both English and Bulgarian) dubbed in Bulgaria as the "Bible about life", was authored in 2009 by Bulgarian PR expert, businessman, and former journalist Maxim Behar, and became an instant hit.

"This is a unique book, a book of the future that has been created on the social media Facebook for all friends and modern people who live online", said Behar, owner of M3 Communications Group, inc.,commenting on the news.

"I am glad that this book crossed the boundaries of Bulgaria and was welcomed with great interest by Brazilian fans of witty one-liners", the Bulgarian PR expert added.

The book traveled to Brazil after the owner of the Leopardi Editora LTDA publishing house in Sao Paolo, a Bulgarian living in Brazil likewise called Maxim Behar, came across the curious book published online, decided to get in touch with the author, his namesake, and offered him to publish it in the faraway country, which recently elected a president of Bulgarian descent.

Dilma Rousseff, Brazil's new president, whose father was Bulgarian immigrant Petar Rusev, received a set of Bulgaria-related gifts at her inauguration on January 1, 2011, among which was the "111 Rules on Facebook" book.

Behar's book is the first book ever written on Facebook. It contains 111 general rules about business and business decisions as well as about general decisions in life that have been invented, modified, or summarized by Behar, who posted one of these rules every morning on his Facebook profile status.

In addition to Brazil, Behar's Bible about life is to be published Russia, Poland, Spain, Japan, and Korea. Just as the original Bulgarian edition, each new edition will be bilingual, including the original "111 rules" in English.

Despite the big number of copies released with the first issue in Bulgaria, the book sold out so quickly that Behar and Bulgarian publishing house Siela decided to run a second, de-luxe edition, with with an upgraded design, together with a super de-luxe edition for true aficionados.

"111 Rules on Facebook" continues on the website www.pravilata.com, where everyone can share their views on life, contributing to the creation of "a book that is bigger, better and wiser".