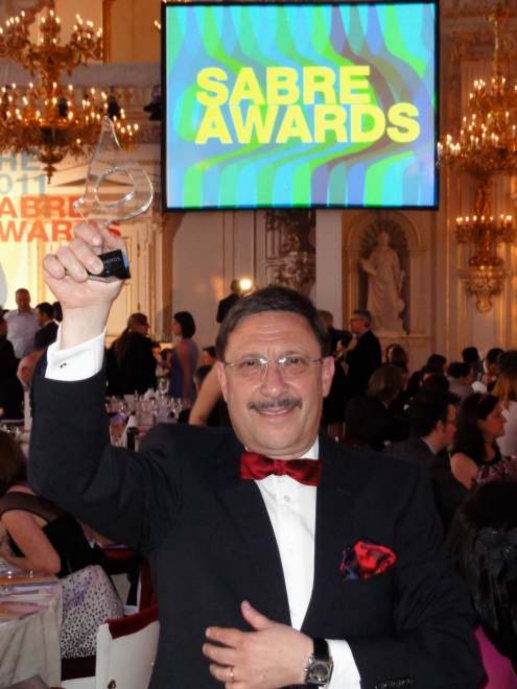 At a glamorous ceremony in the president castle "Hradchani" in Prague last night M3 Communications Group, Inc. received from The Holmes Report the award for the best PR agency in Eastern Europe for 2011.

The company was nominated after an independent survey of competent experts among thousands of companies in the whole region.

Maxim Behar was personally awarded by the founder of the survey , who is a legend for his appreciation for the business of PR in the world, Paul Holms.

"This excellent mark is a great honor for us, for the Bulgarian PR business, for Bulgaria. I am very happy and exceptionally proud of the award, received for the first time of a Bulgarian company by The Holms Report - one of the greatest and most influential independent research organizations in the world" , said the manager of M3 Communications Group, Inc. Maxim Behar. " I thank the team and the clients of the company - this achievement is a result of common efforts", added he.

M3 Communications Group, Inc. was also nominated for SABRE Awards 2011 with the projects "Women in science" for L`Oreal and "Cross safely" for Postbank.

You could see more information for the winners here. http://www.holmesreport.com/news-info/9495/2011-emea-national-consultancies-of-the-year.aspx

The Holms Report is the most authoritative appraiser of the consulting market in the world. Created in 2000 by Paul Holms, internationally acknowledged expert with more than 20-yeared experience in researching the business. The Holms Report is an institution, which recognition is the greatest achievement a company could receive. EMEA SABRE Awards, part of The Holms Group, are given to the best PR companies in Central and Eastern Europe.