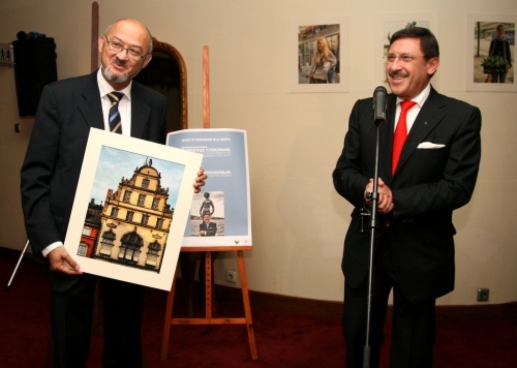 The "Piece of Stockholm" Photo Exhibit was opening in the Bulgarian capital Thursday night as part of the EU Presidency program of the Swedish Embassy in Sofia.

The exhibit, which is on display at the Radisson Blu Hotel in Sofia, features 30 unique photos of Sweden’s capital made by renown Bulgarian businessman, journalist, and PR expert Maxim Behar.

The event was opened by the author himself, and by Sweden’s Ambassador to Bulgaria, Paul Beijer, who has praised the initiative as bringing closer together Sweden and Bulgaria, and generating interest for Stockholm in Bulgaria.

architecture he did enjoy the most capturing the images of the people of Sweden.

“For me this is more than just an exhibit. The photos were not made with a certain purpose or with the idea of this end product. I was inspired by the place – the people, the buildings, the spontaneous duality of the various elements, and most of all the overall atmosphere of the city,” he explained.

“I am happy to see these wonderful pictures in Bulgaria. They reflect the spirit and architecture of Stockholm. Maxim Behar has captured the most typical things about our spirituality while investing much creativity and emotion,” Ambassador Beijer stated.

The exhibit includes three thematic cycles: “Sights”, “Twins”, and “Vikings”. It will be on display at the Radisson Blu hotel until the end of December 2009.