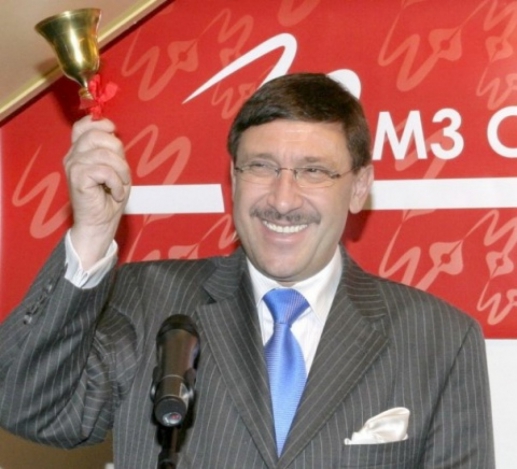 The Bulgarian businessman and PR expert, Maxim Behar, has been elected the new Deputy Chair of the Bulgarian Business Leaders Forum (BBLF).

Behar was elected to the position with a unanimous vote of the BBLF Governing Board late Thursday night.

In 2001-2007, Maxim Behar served as the Chair of the BBLF for two terms, and has contributed substantially to the rising of the Forum as the leading Bulgarian organization in the corporate social responsibility sphere, and the creation of the BBLF Business Ethics Standard.

Behar is the owner and CEO of M3 Communications Group, Inc., Bulgaria's largest PR company, and the current Chair of the Bulgarian Association of PR Agencies. He is also part of a number of other organizations and boards.

The UK Ambassador to Bulgaria, H. E. Steve Williams, was a guest of honor at Thursday's meeting of the BBLF Governing Board.

His Excellency has pointed out the even more important role that the BBLF had to play at the national and international level for promoting business ethics and corporate social responsibility in times of crisis.

The Executive Director of the BBLF, Stamen Tasev, has stressed the preservation of tax breaks for businesses that donate funding to NGOs, and the setting up of a national in vitro fund as major achievements of the BBLF in 2008.

On July 11, 2009, the BBLF is organizing a "business Olympics", and Tasev has invited all of its members to participate with their teams.

Thought its Business Ethics Standard, which was drafted by the Forum in 2006, and was presented to Prince Charles of the UK, over 1 500 companies from across Bulgaria have committed to following business ethics rules.