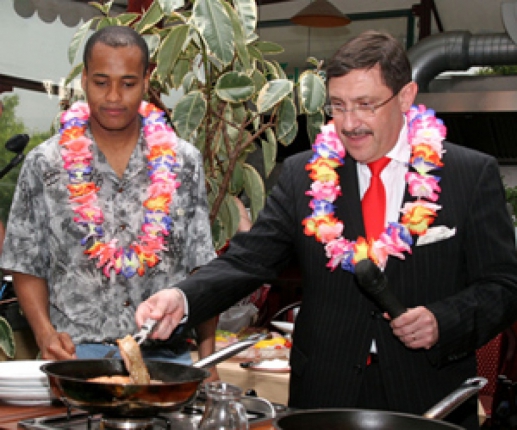 The Consulate of the Seychelles in Bulgaria organized Wednesday night a special party with the support of the island republic's Honorary Consul to Sofia Maxim Behar.

The event was attended by over 100 Bulgarian and foreign travel agents, diplomats, journalists and guests, whose names were entered into a draw for a one-week vacation in the island republic.

Anna Butler-Payette, the manager of one the biggest travel agents in the Seychelles 7В°South Ltd, announced that in the last three years the number of Bulgarian holidaymakers in the island republic had doubled.

In her words, the Seychelles attracted more and more Eastern European tourists because of the varying ranges of tourist packages.

Her company works in 51 different states making the islands known as a tourist destination and offering special tourism services including golf, fishing, and special cruises.

The Bulgarian businessmen Maxim Behar, who is the Chief Executive of Bulgaria's largest PR company M3 Communications Group Inc, was appointed Honorary Consul of the Republic of Seychelles to Bulgaria with a decree of the President James Michel in July 2004, and with a decision of the Bulgarian cabinet.

The Seychelles have a total area of 455,3 square km, and a population of 81,188 people. The 115 islands comprising the state are located in the western part of the Indian Ocean.

The Seychelles were named after the French Finance Minister at the time of Kind Louis XV Viscount Jean Moro de Seychell.