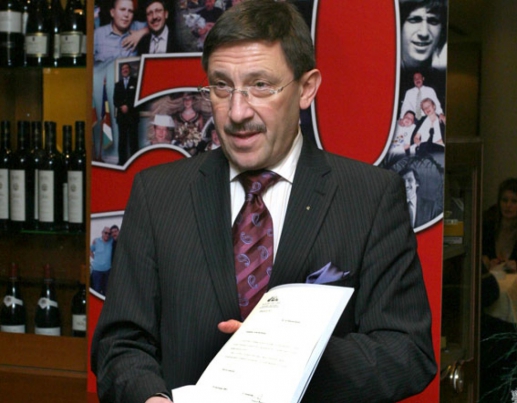 "Your initiatives for training a new generation of Bulgarian managers, for affirming professional ethics and social responsibility among Bulgarian companies, as well as for promoting Bulgaria as a tourism destination are a significant contribution to the modernization of Bulgaria's economy," reads the personal address of President Georgi Parvanov.

The president expressed his firm belief that further activities will help affirm the stability and transparency of Bulgaria's business, for the sake of the development and prosperity of the country.

"Your professionalism and innovative approach have turned into a benchmark and a school for many of your younger colleagues," Prime Minister Sergey Stanishev wrote in his letter.

"I believe that the energy that you put into your work will take you to great success in the future. May you be as understanding of the public life and committed to the people and Bulgaria as you have been so far!"

To mark the anniversary, Maxim Behar's hometown of Shumen has pronounced him an honorary citizen. Mayor Vesselin Zlatev, Municipality Council Chairperson Daniela Russeva and Regional Governor Krassimir Kostov came to Sofia to deliver personally the highest recognition. The ceremony took place during the birthday party Saturday night at the Radisson SAS hotel in Sofia where hundreds of partners, friends and colleagues gathered to celebrate.

Maxim Behar is CEO of Bulgarian leading PR company M3 Communications Group, Inc. and chairman of the Bulgarian Business Leaders Forum. The first Bulgarian member of the International Public Relations Association (IPRA) and winner of the 2004 big prize of Ikonomika magazine for contribution to the development of business communications. Long time journalist, founder and co-publisher of Standart newspaper, author of the book Secondary Instinct. Honorary Consul of the Republic of Seychelles in Bulgaria.