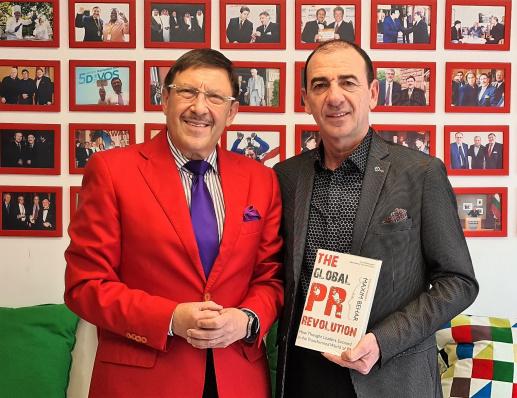 Maxim Behar met the famous Bulgarian actor, part of the team of the Oscar-winning "Green Book" movie - Dimitar Marinov. The meeting took place in the office of the leading PR agency M3 Communications Group, whose CEO is Maxim, and it recently started to work in collaboration with the Novinite Group.

The editorial team of Novinite Group voted for Honorary Ambassador of Novinite.com 2019, part of the ranking "Personality in the News 2019”. The winners were selected by the team of Novinite Group after an active and careful study of the most successful and significant personalities in the news flow in 2019, who contributed to the positive image of Bulgaria in the world.

The Bulgarian star from Hollywood Dimitar Marinov received the "Personality in the News" award for 2019. The actor and lecturer in the USA and Bulgaria accepted the award only a day before leaving for the USA. It was presented personally by Maxim Behar, who also announced Marinov as the new Ambassador of the Novinite Group.