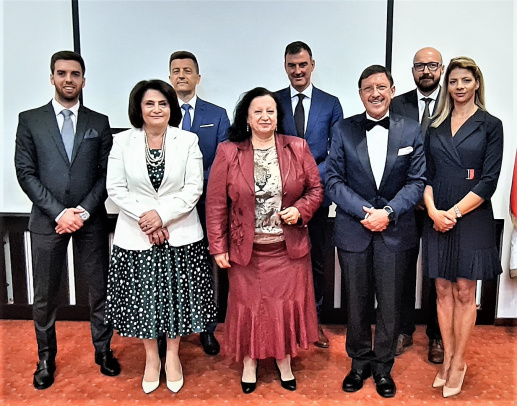 Maxim is a world-renowned expert in the field of public communications, a former President of the World PR Organization ICCO, and now President of the World Communication Forum Association in Davos, Switzerland. He graduated ecexcutve program from Harvard Kennedy School, as well as business programs at the Yokohama Kenshu Center in Japan and The Pacific Institute in Seattle, USA. He was inducted in the PR Hall of Fame in London. In 1994, Maxim founded the leading PR company M3 Communications Group, Inc. and he is still CEO and Chairman of the Board.

The new Board of Trustees was officially presented to the Academic Body of the University by the Rector of UNWE Prof. Dr. Dimitar Dimitrov.