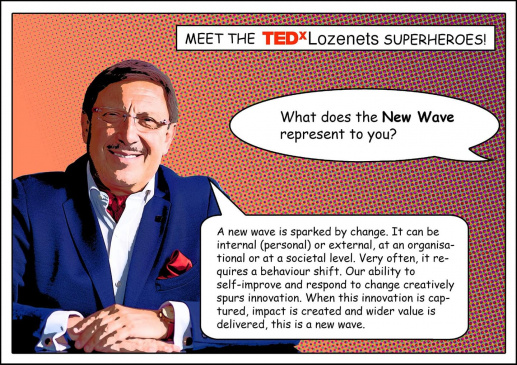 Maxim Behar Is A Speaker at TEDxLozenets 2020

Maxim Behar will take part in as a speaker at the TEDxLozenets 2020 event entitled "New Wave", which will be held at the National Palace of Culture (NDK) at the end of July this year. The TED talks will be under the title "New Wave" as they will inform the public about the new waves of innovation and creativity.

TED Talks is a world-renowned event organized in a number of countries in order to spread original ideas among the community. They are held in Bulgaria for another year, and TEDxLozenets is an independent event organized by Atanas Neychev.

During the event, Maxim Behar will speak and share his innovative ideas from the past year, and his message will be in English so that it reaches foreign audiences. The focus of Maxim's TED talk will be about the changes that have taken place in recent months and the new reality in which we live.