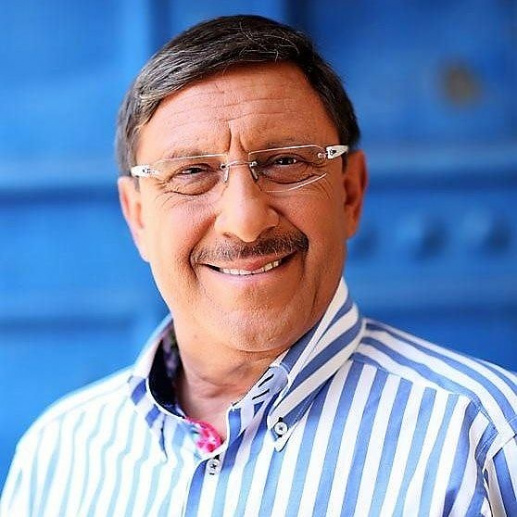 Maxim Behar for the Correspondent newspaper: "The pandemic woke us up and told us: business is changing"

Businessman and PR expert Maxim Behar commented on the changes in business in Bulgaria after COVID-19 and presented his new book "The Morning After", in which he shares how he stabilized his company M3 Communications Group, Inc. to avoid the crisis in 2020.

He also commented on the challenges facing the PR business - the lack of freedom of speech, the negatives of mass publicity access and the spread of fake news.

Mr. Behar, what are the highlights of your new book? Why and how did you decide to write it and do you expect it to achieve the same sales success as your latest editions?
With this book I set a kind of record, I wrote it in less than two weeks. I am extremely glad that Faber Publishing House in Veliko Tarnovo managed to react just as quickly and expeditiously, which prepared it for printing in a very short period of time. Many thanks from the bottom of my heart to the owner of "Faber" Neiko Genchev, in whom I found an intelligent, creative, businesslike and hardworking man. The book is touched to the smallest detail. I hope it surpasses the success of my previous books.

"The Morning After" is a more special book, it refers to everything that happened in Bulgaria and in the world from March 1 until now. In it I share my experience - how I restructured my business, what I did with my company so that the difficulties from the coronavirus crisis would not affect us. The text also contains many examples from abroad, mainly for American companies, there are also comparisons of experts, as well as an analogue with other crises, such as the financial crisis in 2008.

The reviews represent that the book is easy to read, and I hope it is really useful. I especially appreciate one part - the hundred tips for modern leaders. My message to readers is to find at least one sentence suitable for themselves. Because sometimes a sentence that comes at the right time can open your eyes, change your business, even turn your life around. If people find their sentence by closing the book, then I have succeeded.

How specifically did the pandemic affect the PR business you run?
It shook us hard, woke us up and told us: business is changing. And it doesn't just change in general, it has to happen right now. One of the things that was abruptly stopped was the event business, and for PR companies in Bulgaria this is the main way to earn money. It became clear that we will work from home, that the events will be done online, at a distance. But here came the question of forming teams to act quickly, almost in a flash. The PR business suffered negatives, perhaps not as visible as it did in tourism, for example, but it affected us.

You are a world expert in the PR industry, but I want to take you back to an average Bulgarian city, where the Municipality and the Police, the District Administration, the Energy and Water, the Court and larger companies, universities, hospitals, etc. have PR. Trained and less prepared, educated and less educated people do this work. How would you comment on this?
I do not want to offend anyone, but these people cannot be called representatives of the PR business. These are employees who must convey to the media the messages of their boss, wrapped in kind words. Public relations business means serving customers, developing strategies, it's not just working in a service. It is a combination of many other activities. For example, in my company there are at least 20 specialists in various fields - graphic designer, social media expert, event expert, etc. For years in Bulgaria there is a layered misunderstanding of this business. Another problem is that there is no good school to train PR specialists. Yes, there is a specialty "Public Relations" in universities, but the truth is that there is a huge gap between theory and practice, and that even among teachers there are people who do not know where the sun rises. Figuratively speaking, if the theory moves at 20 km / h, the practice is 100 km / h. Until recently, the motto of our college for training PR specialists was "Practice teaches best". That's why I always advise children and young people: if you want to learn something, work - during the holidays, in the summer, when you have time. One month of practice can give them as much knowledge as half a year at school or university.

You started working in a newspaper. This business is also developing dynamically. Newspapers are replaced by electronic media and social networks. However, what will happen to the classic newspaper forms - the old extensive interview, the investigation, the report, the essay. Where will they find a place, we know that long texts do not grow on the Internet?
They will change. 110 years ago, when Henry Ford introduced the so-called petrol carriage, everyone was saying: how are we going to drive this, run over someone, break it. We will ride our horses and carts. But it is a fact that everything has changed. People on the Internet do not have time to read long texts. Or, if they have, they will find, for example, a site that is only for analytical materials - anyone who wants to write will do so there. Another question is how this site will survive.

Won't that be the end of the word?
No, because if someone writes a long text and there is no one to read it, it is meaningless. It's like cooking a wonderful dish that no one will try and throw it away. It may be in-depth, scientific, critical, but not readable ... There are several sites in Bulgaria at the moment that show that good journalism can be done in an online edition.

Back in 1999, in an interview, I said that the last newspaper in Bulgaria will be published in 2025. This provoked a great reaction, especially among fellow journalists. My good friend Valeri Zapryanov, with whom I made "Standart" together, called me and scolded me ... I tried to explain to him that everything goes online. A newspaper can do great journalism, publish great materials, but the problem is if there are no advertisers. The huge difference between print and any other media is that, for the first time, social media advertising is measurable. You can know how many people have seen it, how many have clicked on it, how many of them are men and women, how old they are, where they live. For example, a newspaper shows the advertiser his box on page 9 at the bottom right. He asks how many people have seen it. The editor-in-chief says a bombastic figure. Who will prove if this is true? This make people who pay the media to go online. It's just that the economy is different now and needs flexibility.

An example of this is a journalist like Kevork Kevorkian, who managed to find his place in the online space. People who have a sense change.

You often say that you can make a professional out of an inexperienced person, as long as there is a sparkle in your eyes. Is that really so?
Yes, definitely. I can make an amateur a professional, as long as he/she has the desire to work. When I select people for my team, I don't look at their CVs. I never ask three questions in an interview - what education do you have, where did you study and where are you from. It does not matter. What matters is what this person wants to achieve and whether he is ready for it. I can't make a lazy - hard-working or a schemer - team player. The character of a person does not change. I bet on people who are eager to learn, with ambitions for success, honest, loyal and punctual.

The term "speech of hatred" has often been used in recent years. What do you think this means?
When someone is rude to another person. This is unacceptable between normal, intelligent people. It is true that at the moment in Bulgaria politics is total chaos, people are super divided and there are many reasons for that. Both sides are impatient - some want to stay in power, others want to overthrow them. An awful lot of mistakes are made on both sides. I speak from a PR point of view, from a communication point of view, not from a political one. Mistake after mistake has been made.

In relationships and disputes, the most important thing is the arguments. And the speech of hatred automatically excludes arguments.

The problem is that now everyone has media in their hands. Before, when you get drunk and want to take it to someone, you do it with relatives, neighbors or friends. Now, however, after two brandies, you sit down at the computer, log in to Facebook and start. And there everything can be seen by millions of people from all over the world. In my previous book, I said that we as a society do not realize our huge responsibility to have media in our hands through social networks. They allow everyone to become popular. 15-20 years ago, who were the popular faces? Politicians, athletes, artists, showmen, TV speakers. Literate people were involved in politics in order to have access to the media and to be able to send their messages. And now all of them have their own media. It may be sharp, what I am saying, but for me today's politicians are people who would find it difficult to place themselves elsewhere. But I think that in the next five or six years this will be experienced and everyone who sits behind the keyboard will do their job well. This is especially true when it comes to fake news and its spreading. I have raised the issue with them in many world forums and I demand that fake news be criminalized. If you steal something, you go to jail. But if you write something that can ruin a person's business or his life, it's unpunished. I do not know a person in Bulgaria who has been convicted of fake news, and this is a criminal act for me.

What is important for doing successful business in Bulgaria?
Innovation, flexibility and a lot of work. No matter how life changes, there will always be basic pillars on which to support society and these are the eternal human values ??- kindness, honesty, ethics, morality. For me personally, transparency is very important - whether it's human relations, business, friendship. For me, the definition of business ethics is to make profits transparently. I know many people who succeed in this way. Despite the general perception that in Bulgaria one gets rich only by stealing and swindling, I believe that there is another way and it is the right one.