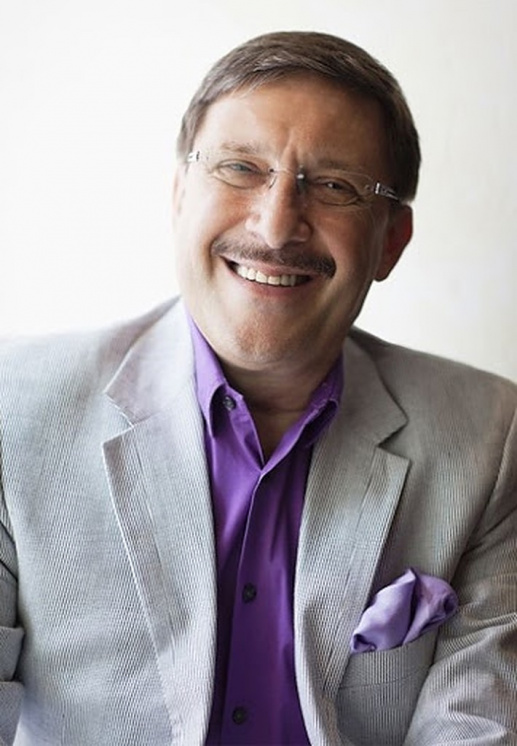 Maxim Behar for the Bulgarian National Radio: "Honorary Consuls do not have Privileges, but Responsibilities"

Maxim Behar, CEO of M3 Communications Group, Inc. and Honorary Consul General of the Republic of Seychelles in Bulgaria, expressed his opinion on Honorary Consuls’ obligations in the country they represent and lack of privileges they have. In particular, can anyone become an Honorary Consul and what is their ambition to become one for nothing in return. Maxim answers these questions in an interview for BNR in "Horizon for you" show with Snezhana Ivanova.


Host: This week the Honorary Consuls attracted public attention again after Violeta Sechkova entered this society. She is a former TV presenter, a model and a close friend to Alexander Staliyski, better known as a person from the “The Tomcats” circle (a group of corrupt politicians and businesspersons in Bulgaria). This week the Government agreed that Sechkova should become South Korea's Honorary Consul for the Bulgarian city Plovdiv, stating explicitly that she had been nominated by the Korean Government. Despite these explanations about her business relations, many negative comments were heard, written on social networks and therefore in the next few minutes we are trying to explain who and how can become an Honorary Consul in our country and what privileges he has. We invited Maxim Behar for a conversation. He is Vice President and spokesman for the Association of Honorary Consuls. Hello, Mr. Behar.

Host: Were you surprised by the discussion that appeared around the honorary consuls and especially for Mrs. Violeta Sechkova?

Maxim Behar: There are all kinds of discussions and I was not surprised. For any person, especially a more prominent public figure in a public position, of course, there can be any discussion. I cannot comment on the specific case. I hope that once I officially receive all the documents by Ms. Sechkova to apply for our association, she will be welcome. The Republic of Korea is a country with very serious and diplomatic traditions, stories and I am sure that they have thought well and made their good choice in Bulgaria. By no means I can underestimate the decision of any country, especially a large and authoritative republic like Korea.

Host: Could you tell us what functions are entrusted to the people who are elected and become Honorary Consuls?

Maxim Behar: You mentioned the word "privileges" at the beginning, and I want to emphasize at once that Honorary Consuls do not have any privileges, but rather have responsibilities to represent their countries. These features are absolutely free and they do not receive a single Bulgarian lev for their work. This is stated in the Vienna Convention, which governs the relations of Honorary Consuls with the countries in which they are appointed, as well as with the countries that appoint them. The functions are first to represent the countries that appoint them and then to take care of the citizens of those countries who reside in the territory of the Republic of Bulgaria or where the consular district is or the territory for which they are responsible for. They maintain cultural, diplomatic and business relations. They are representatives of their countries.

Personally, I believe that this is the future form of representation, as diplomatic missions are an extremely expensive occupation and quite luxurious for these difficult times for business and society. While the Honorary Consuls do an exceptional job, according to my observations based on my 16 years’ experience as an Honorary Consul. They are flexible, they make quick decisions. Especially for countries where a visa is not required, such as the Republic of Seychelles, which I represent, the functions are extremely favorable because decisions are made very quickly and there are no financial relations with the citizens who want to visit that country.

Host: But when there is a diplomatic mission in a given country, isn't there a duplication of functions? You say it helps the citizens, but the consuls, the diplomats also help.

Maxim Behar: This is a common practice. As far as I understand, the Republic of Korea has three Honorary Consuls, and this will be the third. What I read from the media is that the territory or the district, called the "consular district", of Mrs. Sechkova will be Plovdiv.
It is quite normal. By the way, the Czech Republic has Honorary Consuls in Burgas and Varna, because there are a lot of tourists there. Neither the Ambassador nor the Consul from Sofia, who have been paid, can travel to the seaside every day or every other day. France and Germany have Honorary Consuls in Varna. Turkey has Honorary Consuls as well. This is a completely normal practice, when in Sofia the Ambassador thinks that he could have his representatives in different parts or territories of the Republic to make a proposal, to appoint an Honorary Consul.

Host: And what is the motive for a person to become an Honorary Consul? As far as I understand it comes with a lot of responsibilities for nothing in return (no payment).

Maxim Behar: The first and main motive is the love for the country he represents. Everyone has the right to love a country that is outside his native Bulgaria. To me, this country is the Seychelles. I love them, the people there know me. This is a small Republic - we have 80,000 inhabitants. When I go to the capital Victoria, everyone knows me, I know them, I visit them in their houses. This is the first required condition for me. You cannot work for any country without loving it. And then there are the responsibilities you take on - this is a public position that makes you more responsible, more disciplined. It may give you some status in society if you don't have it in your other businesses.

Host: Are there any criteria? That is, can anyone become an Honorary Consul of a country?

Maxim Behar: Each country sets its own criteria. In general, from what I see in our association, these are mainly businessmen who have high position and authority in the business circle they are part of. But again, this is not mandatory. Each country has its own criteria for appointing Honorary Consuls and its representatives.

Host: Can the Bulgarian state refuse to appoint a person as an Honorary Consul and in what cases could this happen?

Maxim Behar: Theoretically it can. Maybe you should ask this question the Ministry of Foreign Affairs or representatives of the Consular directorate or question the protocol. For these 16 years since I have been in this field, I have not heard of a case the Bulgarian state to deny someone. But of course, the state can refuse an agreement to an Ambassador, and not to mention an Honorary Consul. Especially if there are relevant arguments. The procedure is as follows - the state that wants to have an Honorary Consul in another state makes a proposal, then agrees with the host country, in this case Bulgaria, and the Bulgarian state gives its consent as a decision of the Council of Ministers that the Government agrees to open consulate in this territory, which have never existed. And if there has been one, we proceed directly to the second stage - to have a discussion about the person who will represent the country. But this is only the beginning. Then the head of state, the President, the King or Queen, the one who represents the state, must issue a decree appointing this Honorary Consul. This decree is then sent in original copy to the Ministry of Foreign Affairs in Bulgaria, which in turn issues an official document with which the Honorary Consul takes office. This is the procedure. It can last between 6 months and 6 years. I know cases of 10-15 years in which the Bulgarian state had given its consent, there was a decision of the Council of Ministers, but for political reasons - the President and the Government changed, and therefore the state delayed its decision. A state decides whose work could be useful for the respective territory and gives consent, respectively decides who to represent it.

Host: You said that there are no privileges, but what are the privileges of Honorary Consuls in our country?

Maxim Behar: I do not see any privileges, except responsibilities.

Maxim Behar: What a privilege a red car number can be, which is not even diplomatic, but consular. This is not a privilege at all, but even more a responsibility, because if an Honorary Consul, diplomat, Ambassador, sales adviser, who has such a distinctive feature of his car, parks in the wrong place or God forbid he has an accident, it increases his responsibility many times more. . I do not see what a privilege it can be, because consular numbers are subject to the same verification as any other citizen of the Republic of Bulgaria, but the responsibility is many times greater.

Host: What about VAT and excise duties on goods purchased by Honorary Consuls - does that remain?

Maxim Behar: No, this has been cancelled. It is in force in some countries, but not in Bulgaria at the moment. I personally have never used it and I do not know an Honorary Consul who has used such a privilege, because we are businessmen. It is unlikely that for 10 or 100 levs we will do any sort of things such as buy goods and return VAT. But anyway, in the law in Bulgaria this does not exist at the moment.

Host: How do you explain the fact that periodically some negative comments and scandals erupt around the name of one or another Honorary Consul?

Maxim Behar: On the one hand, due to ignorance of matter and perhaps out of human envy, which is caused by this ignorance. Our Association of Honorary Consuls has a Code of Ethics, which every Honorary Consul, when he joins our association is obliged to sign this even before applying. And it is on our website, it is a public document - so strict that I do not believe any Honorary Consul can sign it and then think of not complying with it. In addition, we are members of FICAC (World Federation of Consuls). By the way, each Honorary Consul in Bulgaria receives a special card from FICAC and on the back of it are not written any privileges, but only responsibilities - to comply with the laws of the country, to help in state’s relations, etc. This is a very big responsibility and I think we are one of the many active members of FICAC - it is an association with more than 10 thousand people around the world. I am the Chairman of the Committee on Media and Public Relations, Communications, any weekly liaison with the President and authorities who govern. This is another responsibility and at the same time another good promotion for Bulgaria among the world organizations.