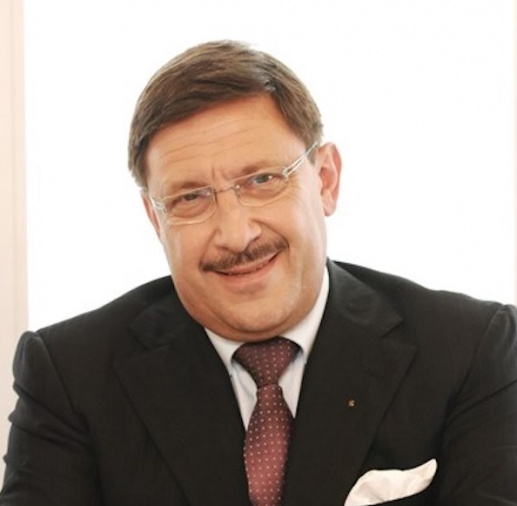 Politicians should swallow their big egos, talk to one another and find common ground.

It is well known and already clear to everyone in Bulgaria that absolutely all politicians failed in the 2021 Parliamentary election because they underestimated the basic rules of communication, not only with the voters, but with society in general.

The first reason was the total lack of debates among the leaders – instead we had third-rate politicians, well-known sociologists, by now heard and seen ad nauseam, and some peevish leaders to tell us the bad consequences society could see if we don't vote for them. The whole election campaign was a theatrical farce in modern times, which suggested something completely different - positive messages and the search for a common language.

The second reason for their failure is also clear - general talk, countless empty promises and political bluffs. And third - one-way communication on social media and complete exclusion of debates.

As a result, Bulgaria has faced with a new, so far unknown, situation in the recent times of free elections and free media. And this is not just because new and completely unknown parties, formed only on the basis of protests and dissent, are entering Parliament. The most significant change is the fact that all this confusion is happening during a totally unknown global pandemic crisis. Therefore, any reckless decisions and “like a bull in a china shop” actions taken by any of the political parties – new or old – can inflict a great damage in the country. If we even superficially follow the messages of each political party, we would still come to the conclusion that they can all be summarized in a single sentence: care for the stability of Bulgaria. So, where is the problem then?

The only way out now is for all parties, whether or have not entered the Bulgarian Parliament, to have ideas, at least some representation, and members with a vision to sit together at the same table and find their common ground, not differences. If anyone cares about Bulgaria at all. Because even during the legitimate one-month, or in fact much longer election campaign, we heard only three main things – what are the differences between politicians, who is the “Bad Guy” and who is the “Good Guy”, and finally, we heard ruthless insults towards some parties that cannot be tolerated in modern Bulgaria, after so many years of freedom of speech.

What is most impressive these days is the increasingly hateful attitudes among all parties and party members, without exception, and the overwhelming negative energy that their leaders convey to society. Gloomy, angry, hissing…

Oh, my God… Bulgaria 2021! I can't even believe that so much hatred and incompatibility is prevailing across the highest levels of power - the future Parliament. Well, then how will our society be united, positive, well-functioning and cohesive, in order to fight not only the pandemic, but also to make our country more successful and a better place to live in and do business? I’ve heard statements by people with strong representation in the capital Sofia, hopefully knowledgeable and qualified members of Democratic Bulgaria (electoral alliance in Bulgaria formed by three political parties – Yes, Bulgaria!, Democrats for a Strong Bulgaria and The Greens, which emerged fifth at the 2021 elections), that their voters were not as uneducated as the voters of Slavi Trifonov (Bulgarian TV personality and leader of the political party There Is Such A People, which emerged second at the 2021 elections).

... Some celebrates that the ultra-nationalist VMRO was set to fall just short the four-per cent threshold, others rejoiced at the failure of the Bulgarian Socialist Party, some had major conflicts before they even entered Parliament, regarding the steps to becoming a Minister, and the rest just divided the voters into groups, such as Bulgarians, Bulgarians who live abroad, educated and uneducated people. We fight tirelessly against hate speech on social media together, and meanwhile we still hear not anyone but our politicians addressing hate speech on traditional media.

Certainly, there are and must be disagreements in the basis of a free democratic society. But they should only play the role of an “engine” of growth and development, and not the “brake” that prevents us from working as a team and sets us apart. That’s especially important in such a dramatic crisis.

But I am convinced that there are too many commonalities in many of the political concepts that are able to unite them and force them to sit at the same table and discuss. And if they fail to reach a consensus on where and how to hold this meeting, I am ready to take on my civil non-partisan commitment together with the editorial board of "24 Chasa" newspaper to host such a meeting and manage it so that those present ends up at least a little more united. But the most essential thing for politicians now is to learn how to swallow their ego or put it in their back pocket for a few years and forget about it. This is how society will determine their ability to act like modern politicians, not by how loudly they can insult their opponents or how powerful and strong they can be... And this concept is neither conformism, nor a call to forget about the differences or mistakes of the Bulgarian former leaders over the years... We simply have to forget the hatred and find a way to unite, no matter how little we have in common. It is not the politicians’ duty to investigate, to accuse, to judge...

They don't even have the legal right to do it anyway. After all, if someone consents a criminal act, there are official institutions to investigate and punish them.

Bulgaria successfully introduced the Polish experience of Round Table negotiations 31 years ago and this was a strong contribution towards the more manageable and gradual economic and political transition in the first years.

I don’t believe today's political parties have greater dissensions in comparison to the deceased Bulgarian politicians - the former Prime Minster Andrei Lukanov (Bulgarian Socialist Party) and the former President Zhelyu Zhelev (Union of Democratic Forces). Are the current political dissensions as insurmountable as they were back then? Of course not!

We live in a new modern world, in a completely different and much better Bulgaria. Now we live in a country full of extremely educated and knowledgeable people - the strongest engine of change we need.

Now Bulgaria needs a Round Table, not new elections. And it doesn't matter how much money we will spend on new elections, these costs are already calculated as “costs of democracy" anyway. As my good friend Solomon Passy says, if we don't want to spend on elections, let's take an example from North Korea. And if Bulgarians really want change, as another friend of mine, Kiril Valchev, said once for "24 Chasa" newspaper, the voters have already said enough. Now it is the turn of reasonable politicians to make a change, and I want to believe that there are still such leaders. Because we do not need an alternative made-up Government, supported by complex coalitions and formed by proxies or people with controversial experience or image. Bulgaria is full of young, well-educated, with ambition to prove themselves people, who can do a million positive things for their country. We can easily get in touch with them and invite them to the Government. And I don't care at all if some of them have no political experience, while others have… Outside the Government there are thousands of people with much more expertise than those who have been in power for years and have become a 'laughing stock’ for the things they say and do.

What I am proposing will not be an "Expert Government" (and to this day I still don’t know its definition), but a team of professionals in different fields, who have indisputable knowledge and desire to make our state polity better, more systematized and most importantly - more transparent. We need a team that only nostalgically bears the name "Government", but doesn’t act like one. The basis of this absolutely non-partisan Government is to report only to the Parliament, not to any leader or party. In fact, no one knows what is really happening in our country for years, but that can be managed for month. The Prime Minister, whoever he is (and why not "she"), should report on what he has done each week in a live broadcast on a television of his choice, and the leaders of all major parties (not just those represented in Parliament) should have a public live debate on TV at least once every 3 months on topics regarding the Government’s activities.

Bulgaria is at a stage when people in power have reached crisis point, and the only way out is to be completely transparent, honest, fair and most importantly – more young, independent and experienced managers to run professionally each institution. Neither politicians, nor ministers, but only managers. There are plenty of them in the country, but they just need to be found and invited. This is our only chance to see the light at the end of the tunnel, and this time it won’t be just the light of an oncoming train...