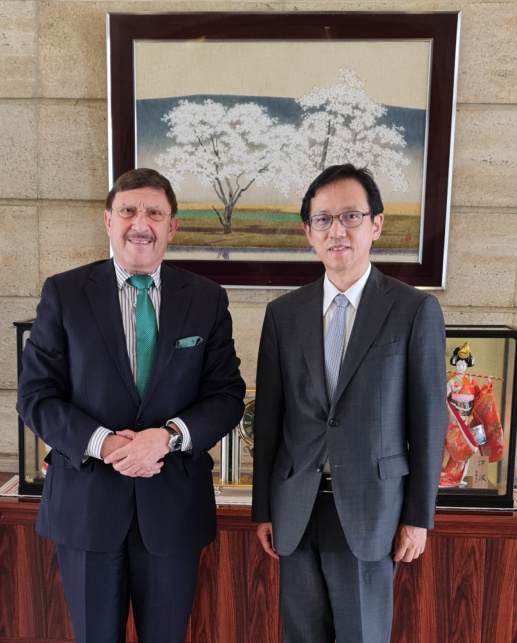 Maxim Behar Meets the Ambassador of Japan to Bulgaria

Maxim Behar, PR expert and CEO of M3 Communications Group, Inc., had a compelling meeting with H.E. Mr. Hiroshi Narahira, Ambassador of Japan to the Republic of Bulgaria. The discussion was focused on the Bulgarian-Japanese relations and the participation of Bulgarian business at the upcoming EXPO 2025 in Osaka, Japan.

During the meeting Ambassador Narahira presented more details about the preparations for the Osaka EXPO 2025, which will be focused on achieving the Sustainable Development Goals by 2030, the year set by the United Nations. In this regard, Maxim Behar highlighted the importance and benefits for Bulgaria as a result of its participation at the international exhibition, which will bring more significant foreign investments in the country and contribute to the Bulgarian economy.

Another interesting topic were the upcoming editions of the annual Days of Japanese Culture in Bulgaria, which had Maxim Behar’s leading PR company M3 Communications Group, Inc. as an official communications partner for several years to support and organize the colorful program of cultural events, dedicated to traditional Japanese arts.