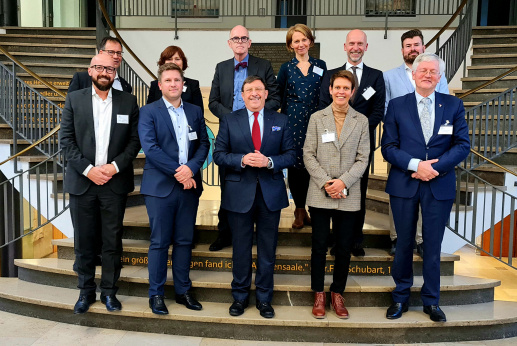 Maxim Behar was Elected as Advisory Board Member of ENGAGE.EU European University

Maxim Behar was elected as a member of the first Advisory Board of ENGAGE.EU European University, one of the most influential university alliances in Europe, established by the University of National and World Economy (UNWE) in Sofia, together with six other leading Western European universities.

In his newly elected position and as a current member of the UNWE Board of Trustees, Maxim Behar will contribute to further develop ENGAGE.EU, support it in its societal engagement, and provide access to information and knowledge to Bulgarian and European communities.

This year was held the first annual conference of the ENGAGE.EU European University, hosted by one of its partners the University of Mannheim, aimed to mark one year since the start of the joint project and to launch a new project initiative (ENGAGE.EU Research & Innovation, funded by Horizon 2020). The forum brought together more than 150 participants - the rectors of the partner universities, the members of the Advisory Board, the leaders of the work packages and project tasks, as well as students. Among them were Maxim Behar, UNWE Rector Prof. Dimitar Dimitrov, UNWE Vice-Rector and ENGAGE.EU Coordinator for UNWE Assoc. Prof. Dr. Mihail Musov and ENGAGE.EU Advisory Board Member Mr. Yovko Atanasov.