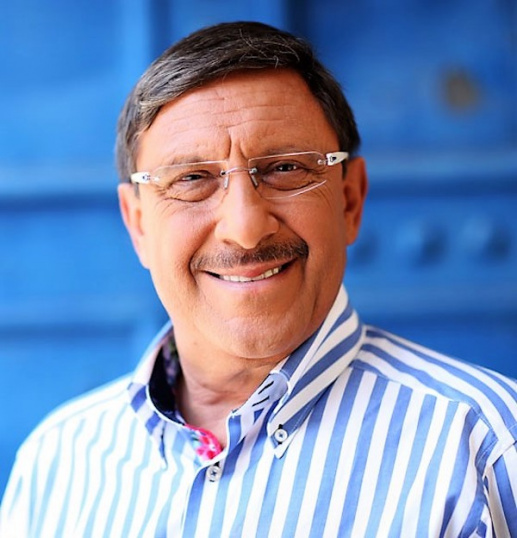 Maxim Behar for 24 Daily Newspaper: The Failure of the Bulgarian Health Campaign

The PR expert Maxim Behar shared with the Bulgarian 24 Daily Newspaper his opinion on the management of politicians in Bulgaria, about the mistakes they make and how they negatively affect the country's brand image, health system and public safety.

Bulgaria is facing absolute failure in politics, branding, health care, society. All political TV shows broadcasting pre-election messages and expressionless cowardly faces of people who look at us and blink innocently, convincing us for not being responsible for the chaos in Bulgaria. Even today it is no longer a question about vaccines, pro or against, it is clear that it is a question of the survival of Bulgaria, and I do not believe that the majority do not understand it. In these elections, politicians had to pass only one test - their concern to the health of Bulgarians. One and all failed.

I have been traveling the world for years and telling people at hundreds of global forums how Bulgaria is full of well-educated, ambitious and capable young people, how it will become the economic tiger of Europe and that who invest faster here, will be the happiest businessman in the world... These days these same people, from all over the world, most of whom believed me, they ring literally around the clock, write emails or text me on social media. All of them ask only one question and for the first time I cannot give them an answer: "Max, we are looking at the statistics... What are you doing there ... in Bulgaria, how did you get so far... Don't you have a voice in your country, what are you doing, are you silent...” In this sense, with an average of 80 percent vaccinated in Europe and 20 percent in Bulgaria, the image of our country is completely ruined – in terms of investment, tourism, in every way... for decades to come. This is a spectacular failure, not to say a worse word.

We have about ten days until the elections. Right now, all politicians had only one test to pass - their concern to the health of Bulgarians, to the health of Bulgaria. None of them stated a clear and precise position, none of them even mentioned the indisputable fact that there is no pandemic in the world history that has been fought without vaccines, and that there is no way to have a vaccine ready for every pandemic ...

This is what is happening in Bulgaria - the silence and ornate phrases of politicians is really complete nonsense, against which one must protest, not against the green certificates.

It is an indisputable fact that the failure of the health campaign in Bulgaria is for two simple reasons. The first is the total devaluation of trust in the country's institutions, started fifteen years ago. The attitude towards politicians at all levels is so negligible that it is somehow intuitive when you see a minister on the screen telling you something, at a first signal you know you shouldn't do it. And the other very important reason is the complete lack of communication, of messages, of strategy, of charisma, of persuasion on the part of those to whom we have entrusted the Government of the state. The Bulgarian President Rumen Radev was the one who had to lead the whole movement for vaccination in Bulgaria, to provoke a debate and tell the whole truth to the Bulgarians, so that they can make their decision calmly and informed. Instead, we see fragmentary remarks by impostors in television studios and by people with unclear mental health and zero knowledge on social media.

I expected to see President Radev and the people around him in the summer on the square in front of the presidency in Sofia with a raised fist to say: "The pandemic out". I was expecting, and I was not the only one who wanted to hear strong argument, to see how he invites renowned Bulgarians from around the world at a roundtable, to get vaccinated publicly, to show all his possible certificates and tell his point of view, whatever it is. Instead, both he and the people around him decided to bet on the votes of the people. They decided to bet on fear, to use fear and so to win. I have no idea, if President Radev, who rules now and is responsible, wins the presidential elections again, how he would look people in the eye.
Even the 17-year-old Victor Velchev, student from a school in Sofia, came out on the front page of the Bulgarian newspaper 24 Daily and shouted louder than all the politicians together: "The pandemic out!". A voice that is now worth to be heard all over Bulgaria. Victor's arguments are really strong, backed up by facts and are stronger than the voice of the most politician who dare to speak about it.

Of course, all this chaos for many reasons was set in the last years when the former Prime Minister of Bulgaria Boyko Borissov was in power, but this is a completely different topic and does not for a moment give grounds for excuses. Person, who claims to be a Bulgarian Minister named Stoycho Katsarov (Minister of Health), appears on TV shows, muttering vague excuses and throwing a huge stain on the entire medical community and launching a lottery for a hundred cheap watches among those possibly vaccinated. He simply does what he is only capable of.

But those who hired him also grumble and pretend not to see. While people were dying and hospitals were overcrowded, not a single strong argument came out of his Ministry, not a single meaningful message on the topic of vaccines, not a single bright and powerful campaign. If Stoycho Katsarov knew what YouTube was and had spent several hours seeing what his colleagues in the European Union were doing, probably at least someone around him would get a red light and do something.

310 people died on the first day of the week. What stronger argument than this could the Government get to take urgent emergency measures immediately.

Even to announce national mourning, to make our compatriots think, to be startled! In 2003, five brave Bulgarian soldiers died in Karbala and this was a cause for national mourning. In 2009, 19 Bulgarian tourists died fatuously in Lake Ohrid and then we again had a national mourning. On Monday only - let me repeat - there were 310! We started passing the hundreds of dead people without even being impressed? Unbelievable! This mental crisis is considered one of the great tragedies of today's Bulgaria.

The current Bulgarian Prime Minister Yanev and his ministers are behaving as if nothing has happened. I have no memory of seeing them in hospitals, to urgently gather the still surviving non-dismissed hospital directors, to have summoned foreign experts for help, to have stated a clear and precise position. What's more - they introduced the green certificate policy for entering indoor public places literally for a day, throwing the country into total chaos - no one was prepared and many questions arose – how to check them, what application to use, how to distinguish the real from the fake certificate.

Of course, it had to happen, but we had half a year to prepare an awareness campaign. Only a week ago, a disbanded young man without any identification marks at midnight at Sofia Airport would have beaten me, when I asked him to check my certificate, which I showed him upon entering Bulgaria. He took a dingy old phone out of his pocket and said: "Hey, now as the app lights up red, I'll take you back to where you came from," whatever that meant.

But this case is a drop in the ocean compared to the vote in the last Bulgarian regular Parliament, which rejected the proposal of the exceptional professional, pulmonologist Dr. Alexander Simidchiev to provide BGN 10 million for a communication campaign on the virus disease and vaccines. Why? The arguments were that someone would spend them on his election campaign ...

People in Bulgaria are really worried. Never in Bulgarian history has been committed such a ritual suicide with the active participation of the political class. And the case with the rejected funds for an awareness campaign is only a detail of the whole process.

Bulgaria ranks last in Europe in terms of vaccination and first in the world in terms of deaths.

Of course, how not to worry. But that's why there are institutions in a country - to take measures, to govern, to tell the truth and to persuade. Every day, every hour, every minute. And when they have to - to ban.

I propose immediately that Mr. Stefan Yanev, while still Prime Minister, bring together the best Bulgarian specialists, virologists, immunologists and pulmonologists in Bulgaria, but also those who are abroad, at a long meeting, broadcasted live so that everyone has equal access to information. He has to invite the Bulgarian Association of PR Agencies, as well as other communication specialists and to hear their opinion for a very urgent and effective campaign. To address the ambassadors of the great and important countries in Bulgaria to immediately share the experience of their governments.
Maybe for everything now it's too late.

When in the 1990s many people appealed Bulgaria to join Europe quickly (meaning the European Union), at dozens of international conferences I fiercely defended the thesis that Bulgaria does not enter Europe, but returns there because it has always been a European country.

Is that so now?

The answer depends on all of us. Get informed by the science, listen to science and get vaccinated as soon as possible. And remember what my friend Ivaylo Tsvetkov - Noisy said exactly for 24 Daily: Refusing vaccines is like claiming that you are free to drive drunk. And now, unfortunately, we see just that - the drunkenness of an entire nation, led by people who think only of themselves.