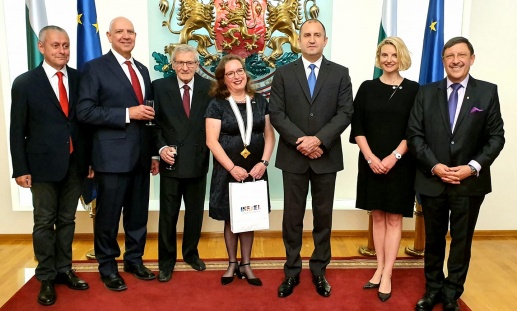 Maxim Behar was among the special guests at the glamorous ceremony at the Presidency for the awarding of the Israeli Ambassador HE Irit Lillian. She was honored to receive the Madara Horseman First degree Order due to her successful tenure and contribution to bilateral relations.

Behar is old friends with the ambassador and also a good acquaintance with the Bulgarian president, HE Rumen Radev, who handed the award. HE Irit Lillian is due to be replaced and the ceremony was a part of her farewell.

After the official part, the PR expert and Honorary Consul general of Seychelles in Bulgaria had the chance for a short private talk with the President, where they discussed past and future and of course, Seychelles, as Behar shared on social media.