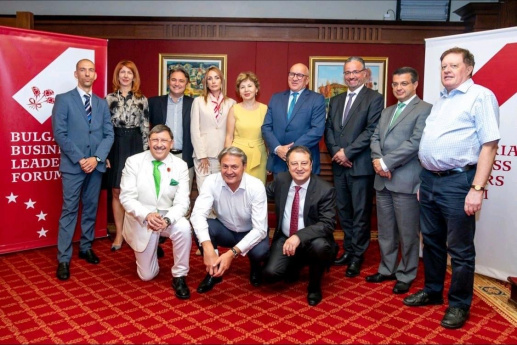 Maxim Behar was Re-elected Member of BBLF Management Board

The world-renowned PR expert Maxim Behar was re-elected as a member of the Board of the Bulgarian Business Leaders Forum (BBLF), officially inaugurated by the former President of Bulgaria Petar Stoyanov and HRH The Prince of Wales in 1998. The Forum now unites more than 120 leading Bulgarian and foreign companies and is part of the International Business Leaders Forum.

Behar was one of the founders of the Forum and a member of the Board since 1997. He served as its Chairman for two terms from 2001 to 2007 and then Vice-Chairman for two more terms. Maxim Behar is also an Honorary Member of the BBLF, formally announced in 2007 for his outstanding contribution in establishing the Forum as a leading organisation in the field of ethical business and corporate social responsibility.

The communications expert was re-elected to the Board during the BFBL's Annual General Meeting, which was was voted on by the senior executive of more than 35 leading BBLF member companies. The attendees were greeted by the BBLF Chair Levon Hampartzoumian and the Executive Director George Ruitchev, and a special guest of the event was Tim Buissere, Head of Trade & Investment in the Department of International Trade at the British Embassy in Sofia, who highlighted the long-standing partnership with the Forum.