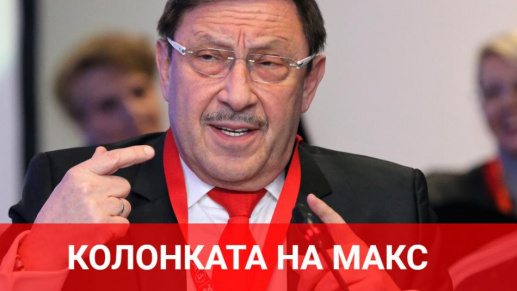 In his weekly column "Max's Column" for TBmagazine, Maxim Behar comments shares his thoughts on the dangerous tendencies of media standards in Bulgaria. How vagueness and ambiguity prevail, rather than directness and transparency, and how this goes against the rule of law and the National Constitution.

Oh, a great exhibition by a very talented artist that we stumbled into yesterday in a metropolitan hotel... Well, come on now, I can’t mention names, I cannot advertise. Or a world-famous clothing brand opens a store in a large metropolitan shopping centre... but I can't say who they are, I'm going to be promoting them that way.

Absurd phrases we hear every day, on TV, or on the radios in the car. Where did this phenomenon emerge in Bulgaria?! Believe me, the only country in the world where this can be observed.

Just work – traditional electronic media, public or private, in its logical agony and lack of funds, somehow decided that by sparing the name of the company it would immediately lead to a rush, pouring millions in advertising revenue. Someone, at some point and somewhere pushed through a "recommendation" and all the media followed, deciding that it was a "law".

Nonsense! As a matter of fact, the exact contrary!

Whatever was written by that someone somewhere, it is rather "anti-law", because it drastically contradicts the most important right of every Bulgarian – to be informed, a right by the way, enshrined in our beloved Constitution. Of course, served with circumventions and without exact names, in fact, information becomes a waste of airtime, a trick to pass the test.

Which, in what I often call a media revolution, is just ridiculous, an absurdity. And the biggest one of them all!