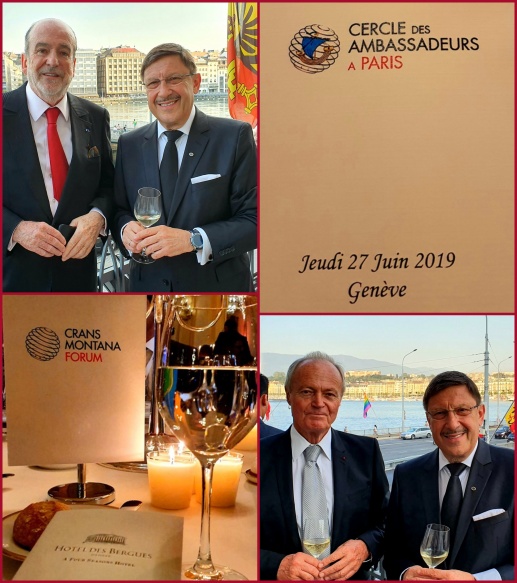 Le Cercle de Ambassadeurs is a powerful diplomatic community with members from all over the world who meet once a year to discuss global issues and strengthen the relationships between the countries.

The Bulgarian PR expert and Honorary Consul General of the Republic of Seychelles in Bulgaria was personally invited by the President of the Club H.E. Jean-Paul Carteron, the Founder of Crans Montana Forum – a Non-Governmental International Organization whose mission is to build a better world. Behar also had the opportunity to meet with a number of prominent diplomats such as the Under-Secretary-General of the United Nations and former Minister of Foreign Affairs of France H.E. Philippe Douste-Blazy, CEO (Prime Minister) of Islamic Republic of Afganistan H.E. Dr. Abdullah Abdulla, Former Prime Minister of Hungary H.E. Peter Medgyessy, the Mayor of Senegal capital Dakar Soham al Wardini and many other ministers and members of parliaments.

Behar shared in his social media that it was a great, very beneficial cordial meeting with high-level participants and interesting conversations.