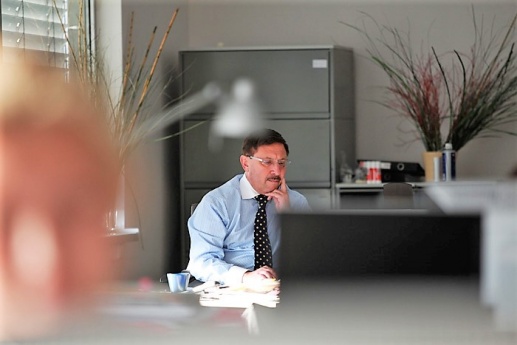 From Gutenberg to Zuckerberg, the revolution in style, genre, approach, grammar, vocabulary and most of all in content

Facebook really swept out everything we knew and turned around our lives upside down or feet up, depending on the point of view...

Several years ago in my book Generation F, I hinted about the amazing changes that are about to come. And I confess, many of them exceeded my expectations.

Social media and mainly Facebook started winning and losing elections, and quite logically the people who created it began to have simple control over it, several presidents and one in particular – Donald Trump, began to use Twitter to communicate with his people, a brand new profession became popular – influencer.

But if I have to point a single, biggest change in this perplexed and unpredictable transition, it is in the way of communicating and more specifically the great language change, whatever the language might be. Of course, English has taken a dramatic lead over any other language on social media and one of the reasons is that Facebook, Google, Twitter, YouTube, and many others are entirely US products, created in North America and leading their start in Anglo-American language environment, that conquered the world in just a few years. The change, however, does not come from the language, but from the media.

Think about it for one second and you will be convinced that whatever the language is – Bulgarian, English or another one, practically, we use a number of different languages in our everyday life. We write our emails in one way, we write in a completely different manner on our Facebook wall, on LinkedIn we use serious and explanatory language and on Twitter we have a limit of 140 characters so we are laconic. So you see how we virtually write in one language but in so many different ways that are so distinctive and sometimes even have different meanings.

For me, personally, Twitter posts are the aerobatics of modern journalism, I will skip the eternal intellectual dispute whether the social media posts are journalism or not because I am absolutely convinced that they are. In Twitter, the skilled ones handle the subtleties of the language, again, whatever language that is, and with only 140 characters they say what they used to put in the newspapers only a decade ago.

This is precisely one of the big advantages of the language that social media created in the last decade – it has become far more pragmatic, more specific and naturally, it now requires different skills.

On one hand is the strict compliance with the social media, each with its own audience and interests, and on the other hand – selecting the right words, phrases, and the correct alignment so that the text would be interesting and easy to read. Of course, the ease of reading and the first few words of every post in social media are crucial in regards to whether the text will be read or not. Long introductions and explanations were replaced by short essential sentences and basically putting the whole text in only one or two sentences.

The reasons are simple. We are drowning in millions of news every day and the access to them is absolutely unlimited. On the other side, everyone has the media in their hands, everyone owns a media and can operate with it, everyone with their own language, culture, education, specifics of expressions and word order. This creates a whole new language, not in vocabulary but in arrangement and way of expression. This language makes our thoughts more structured, clear and specific. Naturally, this fact provokes endless discussions about what should be the language on social media, mainly on Facebook. One of the extreme opinions is that Bulgarian should be the only language that all Bulgarians should use on social media. Those who write in both languages are somewhere in the middle, but they are only creating verbal chaos rather than clear and precise communication. What I do, writing only in English in all my social media often causes very acute reactions from the visitors of my pages, but this really does not bother me much.

“Write in Bulgarian, you are in Bulgaria” are the most common comments which from time to time spread negative vibes, to which I answer short and clear: “After all we are in the world, on planet Earth, not only in Bulgaria”.

After all, everything is a matter of personal choice and the public that one strives to reach. To a certain degree, this choice makes an impact on the language, but it reflects on the intellect and the knowledge in the messages, not on the arrangement of the words.

Of course, there aren't another media where you can express your attitude by simply using only one emoticon, by hitting the Like button or even writing just one letter. The symbols – emoticons or others, became an inseparable part of the language and we can hardly imagine communication without them. Certainly, the day when a smile or a thumb up will become an official part of an alphabet or language and thus legalize their existence in the written speech is not too far.

The biggest drama in online communication in the modern, perplexed world is that the ones that spend their days online, mostly on Facebook or Twitter, find it hard to control their emotions and simply do not know how to use the language. Imagine someone who enters a car for the first time in his life, takes the driver’s seat and drives, without even knowing what's a clutch and what's a brake or how to turn the wheel.

A catastrophe is what inevitably follows and we often witness such collisions in the social world. People that look intelligent and quiet at first sight, once having the media with unlimited space, suddenly become uncontrollable haters or share their opinions and defend their positions of “last resort”, even without knowing how to discuss or how to lead a conversation. By the way, the “last resort” position is among the biggest issues in online communication. Millions of people that have never had access to the media, suddenly have a contact to a certain amount of readers or followers, but they don’t have the needed arguments to defend their positions and often try to end their postings with two-three words which of course repels their followers.

Practically, the language in social media is developing with geometric progression more than ever and this is the language that we are creating ourselves. For me it is not a big deal if a person writes on social media in something that is called “Shlyokavitsa” (writing in Bulgarian but using Latin alphabet), I don’t consider it a drama even if someone uses numbers instead of letters, if, of course, the texts have meaningful messages inside, culture and good content.

The “Tsunami” of social media is now changing languages and creating new ones and the responsibility of what will happen is to us, the users. If we pay more attention to what we write instead of how we write it, then our presence in any discussion and anywhere will be meaningful. But if we write in perfect Bulgarian, English or whatever language, but use common phrases, empty words, and meaningless sentences, then this “correct” language is useless.

Indeed, from the era of Johannes Gutenberg, the inventor of modern printing, to Mark Zuckerberg, the creator of Facebook, there are not only a few centuries apart but planets. And every one of us, living on this new planet, is creating a new language, which we probably won’t be able to recognize in only twenty years. If things will happen this way or another is something that depends on us, the Generation F and the way we change the world.