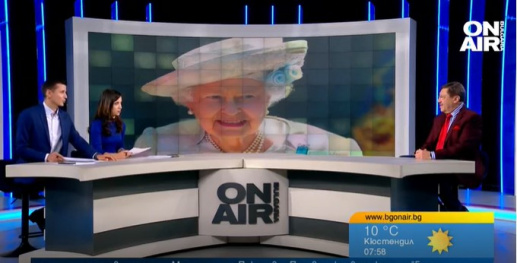 Maxim Behar: The world will change in a flash after the death of Elizabeth II, a new era is coming

Host: Mr. Behar, how will the United Kingdom actually change now after the death of Queen Elizabeth?

Maxim: The whole world is changing, and it's changing at lightning speed. I hope that what King Charles will propose in the next few months will be an even more modern reign, an even more flexible structure of the British monarchy, which is too conservative. I hope King Charles listens a little more and has better contact with his people, because of course Queen Elizabeth was the people's queen, she moved among the people, talked to them. But for the past 10 years, her age has obviously taken its toll. While Charles looked quite energetic and so very eager to continue what his mother had done in the last 2-3 days.

Host: Yes, he said that he is putting charity initiatives on the back burner, he would rather entrust them to someone else.

Maxim: Yes, it was a very good message, because it is not his job to deal with the many charitable initiatives, including his organization, the Bulgarian Forum of Business Leaders, which he founded in 1998 in Bulgaria. While I was the chairman of the Forum, which was his organization in Bulgaria, it was also known among the business community in Great Britain. He deals with various, not only charitable initiatives – organic farming, horse breeding and what not. They will naturally be taken over by other people.

Host: Mr. Behar, you are one of the few people who had very close, direct contact with King Charles III. Tell us a little more about these meetings with him.

Maxim: King Charles is a very good man. This is my general conclusion after all the meetings and calls I have had with him. All kinds of interesting situations that we joked about, we talked about business, of course. For me, the most important thing that then Prince Charles did for Bulgaria, is during his second visit in 2003. He came with a group of British business representatives and all possible media. He wanted to show that Bulgaria is Europe, Bulgaria is a good place to do business in and the Bulgarians are Europeans. We talked about this topic many times and he told me "I know that Bulgarians have been Europeans for centuries". He shared the opinion that we are returning to Europe, we are not going to Europe. Then, when our whole nation lived with the extraordinary emotion that Bulgaria entered the European Union in 2007, and we waited so long for it this year. That was our goal. When we talked at lunch at St. James's, the same palace where he was officially proclaimed king, I told him that we Bulgarians are indeed Europeans both in upbringing and in attitude. And he then said to me “Yes, you are absolutely right. Bulgaria should be helped in order to be seen better on the map". When this whole army of business representatives arrived, we all remember very well the hysteria that started with British people buying properties in Bulgaria. This was a particular result of this visit because the British newspapers were full of advertisements. And British people were coming here and were buying. Many British investments were also made. This is a very great concrete help that he did, as Tsar Simeon used to say. These relations helped Bulgaria a lot. I am sure the King will remember his two visits here, he will remember the meetings. He certainly has a very good attitude towards Bulgaria. This is unique. Great Britain is one of the five strongest countries in the world, not to mention that it is one of the few that are close to Bulgaria and can bring real business. I look through the prism of what we need right now... the world is really one giant mess. No one can predict what would happen in the next year or two. King Charles takes over Britain a few years after it has barely left the European Union. We have several crises ahead of us. He is not in the executive branch, of course, and is not in a position to solve specific crises or take any business measures. After all, he is the head of state and also the president of the Commonwealth of Nations. This is the British Commonwealth.

Host: Any chance King Charles will visit us again?

Maxim: There is a chance in my opinion, however it gets slimmer with his age, because he will still have other responsibilities. I hope that our President and the Tsar will also actively assist him to visit Bulgaria again. So far, a British monarch has not officially visited Bulgaria. I found out yesterday that a king in the 30s passed through here and stayed for a few hours, but it wasn't official. This is a unique chance, especially since the world is already super open and transparent. Everything is known about the royal family, everything is known about what is happening in Bulgaria. It will be a great honor to have him here again.

Host: Mr. Behar, can you tell us about a letter you have?

Maxim: I want to draw attention to one shot that you showed twice. He characterizes as a much more modern man. When he was about to sign the proclamation, there was an inkwell with some pens, which he motioned to be removed. Then he took out his pen and signed with it. Just like American presidents sign their executive orders. This means that he has his own pen, with which he signs everything, just like any self-respecting person in business or politics. It was a strong demonstration of his personal attitude. Well… I have a story with him. One day one of his assistants called me every 5 minutes. That was about 10 years ago. I had an awful lot of commitments and people around me, and clients, and emails. She called me 5-6 times. At one point I said to her, “Please leave me alone. If His Royal Highness wants to tell me something, he has my cell phone and can call me. Then I said to myself, “God, who am I! How is it possible for me to talk like that!", I felt very bad. After 3 days, I received a letter, part of the many correspondences, which is on the reception desk in my office. In it, handwritten, he tells me "Dear Maxim, please forgive me, I could not speak to you personally, but I asked Bill Drysdale, a friend of ours, to tell you in detail about a project". The moment I read it I was like WOW. Who would start a letter with "I hope you forgive me". It says a lot about him and his attitude towards everyone. It's a matter of style. I have looked into his eyes many times and I can truly guarantee that this is a good person, he has extremely good feelings for our country. I am sure it will be a very good message to all of us. Unfortunately, I could not arrange for the Queen to visit Bulgaria. I had a very long correspondence with Buckingham. Finally, a few years ago, I received a letter from her private secretary saying that, very regrettably, the Queen was not planning a trip to Bulgaria. Bulgaria is not part of the British Commonwealth, where there are over 100 countries. She has toured them, you know, this is the most traveled monarch in history, and Bulgaria is not a priority. King Charles is certainly, in the entire history of the world, the oldest monarch to ascend the British throne. He is the most experienced and the most educated king in all of history.