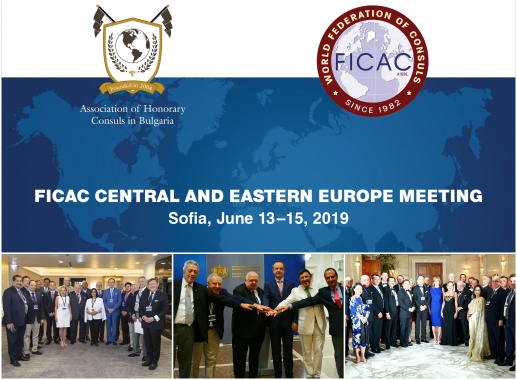 Maxim Behar at the FICAC Central and Eastern Europe Meeting

Maxim Behar, Honorary Consul General of the Republic of Seychelles in Bulgaria, was among the main “culprits” for the first-ever board meeting of the World Federation of Consuls (FICAC) in Bulgaria. In his capacity of VP and Spokesperson of the Association of the Honorary Consuls in Bulgaria (AHCB), Chairman of PR & Media Committee of FICAC and CEO of one of the top PR companies in the country, M3 Communications Group, Inc., Behar was one of the organizers of the diplomatic event of the year.

Nearly 100 honorary consuls, diplomats, ministers, and other representatives from the business and political circles from all over the world took part in the forum, which lasted for 3 days. At the culminating event, prominent politicians and business leaders talked about the political situation, the business opportunities and the future of the region. The main topic was the importance of the good relationships between the countries and the role of the honorary consuls.

Behar actively participated in every stage of the forum, being a keynote speaker, an organizer, a mediator and a true ambassador of the international relations. His PR company, M3 Communications Group, Inc. organized many additional activities to keep the participants entertained such as a complimentary tour of Sofia, wine tasting, a one-day trip to the city of Plovdiv. Maxim Behar was awarded a special plaque of appreciation by FICAC for his dedication and support.