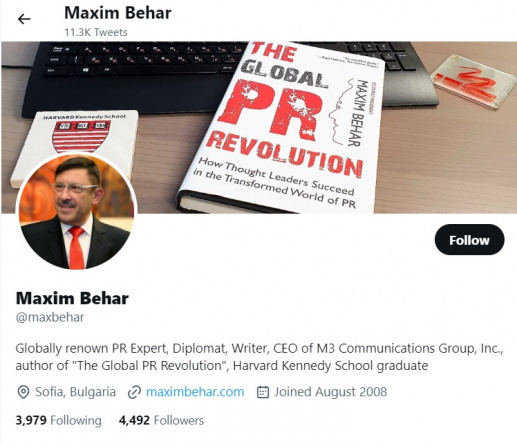 Maxim Behar among the TOP PR Influencers on Twitter for 2022

Maxim Behar, the CEO of M3 Communications Group, was announced among Top 50 most influential PR experts in the world on Twitter for 2022 by the world-renowned media Company Commetric. Behar is the only non-UK or USA communications expert to be included in the chart. Among the nominees are also world-famous PR experts – Richard Bagnall, Francis Ingham, Johna Burke, Ella Minty, Stephen Waddington and many more.

Maxim Behar often shares his opinion about the importance of the social media in the PR industry and thinks that platforms like Facebook and Twitter are the future of the modern communications.