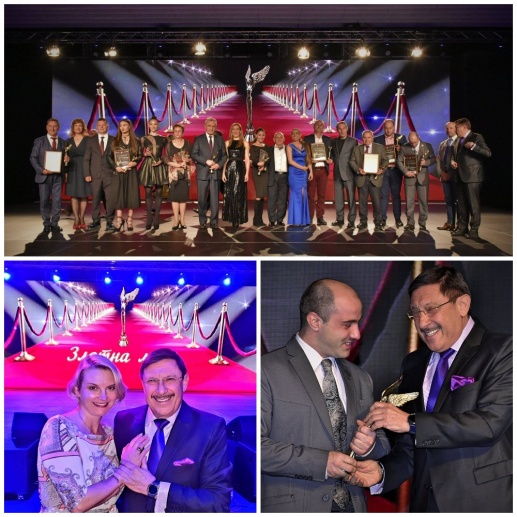 M3 Communications, Inc. was the official partner of this year's awards for achievements in choreography, Golden Muse. The gala was absolutely spectacular and a feast for the eyes. As the CEO of M3 Communications Inc., Maxim Behar was among the honorable guests of the event and even presented one of the winners.

Golden muse is the most prestigious award in its field. Traditionally, for a third year, the gala took place on the International Day of the dance – April 29th. The top professionals from eleven categories were acknowledged for their accomplishments in the past years.

Maxim Behar handed the award to the big winner in children’s choreography, Martin Kostov, for his work on the Sour spectacle. Hristo Dimitrov, choreographer of the National folklore ensemble Bulgare and Chairman of the Bulgarian Association of the Choreographers, expressed his gratitude to M3 Communications, Inc. for the support and the extraordinary work done in popularizing and organizing the event.