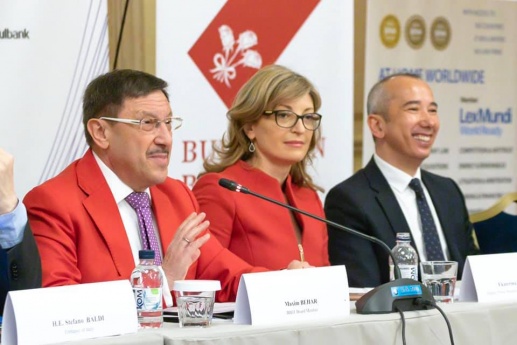 Bulgaria in the eurozone was the motto of the fourth Annual Ambassadors Meeting, held by the Bulgarian Business Leaders Forum (BBLF). The meeting gathered representatives from the business sector, the diplomatic missions and the executive authorities. Maxim Behar, who is a member and former chairman of the board of BBLF, was the moderator of the discussion.

The possible positive effects for the business after the euro integration were discussed during the meeting. According to Behar, with the upcoming EU elections, now it is the perfect time to raise this topic. He stated his clear position that Bulgaria belongs to the eurozone.

The event aroused serious interest and was covered by the biggest media in Bulgaria such as BNT, BTA, NOVA and many more.