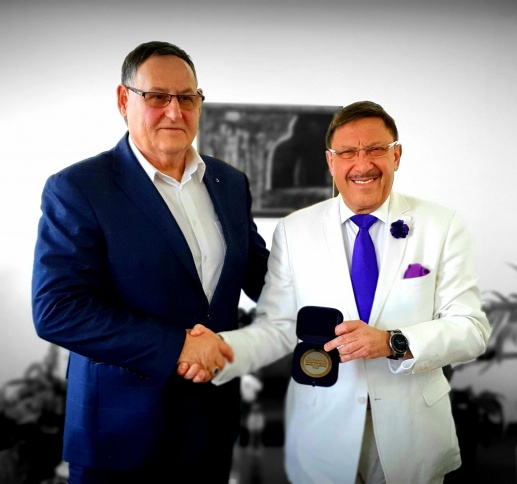 Maxim Behar attended a meeting with the people of Shumen in the local library.

This is the native town of the PR expert who is also declared its Honorary citizen since 2005.

The public had the opportunity to address its questions and to hear firsthand about some of the fascinating events in Behar’s life. He walked them through all the phases of his life – from his teenage years to his first steps in journalism to the start of his career in public relations and his own business that celebrates its 25th anniversary this year.

The meeting began with footage from the personal archive of the businessman. Key moments from the discourse were the stories about his visits to the royal family in Great Britain and his acquaintance with Tsar Simeon II. Behar also shared some of his revolutionary ideas and his views on the modern political and social situation.

Behar kept himself very busy during his short stay. On a meeting with the town mayor, he received another recognition – a special medal of the city on the occasion of the opening of the new Arena Hall. The PR expert also made an appearance on the local radio, giving his professional opinion on the impact of social media and the future of the business.

As a person who respects family and tradition, Behar saved time to visit his relatives in the city. He stopped by the house he was born and raised the plaque dedicated to his late father in front of the factory, founded by him.