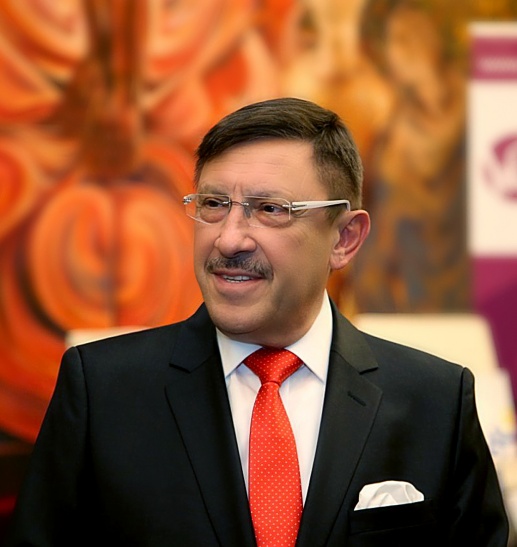 The 5 Myths About Bulgarian Employer Branding

In the whole jungle of opinions, exclamations, hating, positive opinions and heated debates whether good business can be done in Bulgaria five myths tend to stand out more clearly. And they are not only to be found on social media but a huge number of employers often use them as strong arguments, not to mention the HR companies

“Oh, how hard it is, it is not like it used to be 10 years ago, the market has thinned down, everyone has huge demands, they want high salaries and care about nothing else,” recently said the manager of a rather big HR company in her office, while wringing her fingers as a sign of excuse nearing despair. Around the end of the conversation she just made me an absurd offer: “Max, try finding the people you seek yourself to see how hard it is for us...” Well, practically, everything is hard but it would never cross my mind to tell this to a client.
And here is how I got to the five myths that I believe the after all serious and big – not only Bulgarian – business would agree with me about.

Myth #1 – There are no quality people on the market

Unlike 10-15 years ago, when we all thought candidates were a day or two away from being prepared to meet our requirements but hundreds of applicants responded to an ad, now in the entire Bulgarian business space is spread the rumor that the real, capable, well-trained specialists are either abroad or in foreign outsourcing companies. This is not true though. In the last 2-3 years, there really is a trend among millennials to see the potential for their development in Bulgaria but also to find Bulgarian companies of ever higher quality with a better environment for success and career growth.

I insist that Bulgaria is full of young, perfectly trained people, who would like to find good development exactly here but just need to find the right managers to take care of them by setting a personal example and reading a wagon or two of books.

I don't know if it is a national trait and I do not dare enter the depths of national mentality but it has been absolutely proven that in Bulgaria we tend to overpraise what happens west from our borders and we are prone to absurd interpretations just to prove how bad it is here and how everywhere else is much better.

Perhaps there is a shortage of workforce everywhere but since I traveled over 50 countries in the last few years and all trips were nothing but business-related, I stand by my words with great conviction that there is a large number of young, ambitious and very well prepared for business people here. The rest... the rest is just made up by the ones who think everything on the market just happens and is created so that you can win without any efforts.

Naturally, everyone wants adequate remuneration for their work in order to do well in these so very difficult market labyrinths of prices and daily expenses. But if we use this ugly word “greedy” at all, then young people in Bulgaria are rather thirsty or even hungry for a truly good atmosphere in their offices, for creative conversations, for good managers, for very innovative and innovatory approaches to complicated issues and for quick and adequate solutions. In fact, if their teams and especially their managers are capable of creating such work environment, the result would definitely be better incomes for the company and, naturally, for the employees.

I often answer the question of what I do as a manager simply: “I balance.” And before the inquiring looks, I explain: “I imagine scales, on one of them you have what I call business atmosphere – relations within the company, clients, work environment, even the quality of technology, lighting, clean office... and on the other scale is remuneration. Now, this is the manager's job, to reach such balance so that the professional environment he creates corresponds with relevant salaries.”

I hear this every day from such variety of people, mostly young, that I get the feeling they all went to Harvard or Cambridge if they landed at Sofia University to give assessment wholesale. The truth is that if you look at it from this angle, there are problems with education all over the world and the main reason for that is probably the quick exchange of information online, mainly through social media, and the never witnessed in human history before the boom of science, trade and industries. All this has led to the incredible lag of theoretical training in universities because the practice has gained the upper hand over books and made them almost useless.

Or as one of the many students working at my office often said: “Max, a month here equals a semester at the University...” And she was right then and now it is the same. Education around the world moves at 20 km/h while business is flying ahead at 100 km/h minimum. And this would be understandable and not so dramatic if the gap between the two was not getting bigger with literally every day.

I will say that again: this is a global trend, a brutal truth that immediately has to scare everyone doing business because the ball is in our field. There is no way we can educate university professors and even if there was, it would be a long and slow process, and it is not our job. But it is the absolute priority of every business or industry organization - we do this quite successfully at the Bulgarian Business Leaders Forum – to constantly meet with students, prepare them to work in their offices and train them but also learn from them because, after all, this is always a two-way street.

The hottest and everlasting topic! I can neither generalize, nor trust any statistic. Because this is a superpersonal matter and there are not even two people in the world who share the same opinion on it. Furthermore, it is an old truth that in Bulgaria three things are never enough – BGN 100 added to the salary, one more room in the apartment and one more day for you to do your job perfectly.

The fact is, however, that we always have to compare the standard of living, the level of expenses and even the old proverb that when you are at home, even the walls help, not to mention the negligibly low taxes in Bulgaria. If I dare to draw a conclusion though, I would say that BGN 2,000 in Bulgaria is more money than GBP 2,000 in the UK, especially to a foreigner for example.

I can give similar examples with Belgium, France, Spain... Everyday expenses, taxes, a different standard of living that we often don't take into account. And instead we sigh for the sums with three or four zeros at the end, automatically convert them to BGN and use them as solid arguments to prove how bad it is in Bulgaria and how much ahead are some people with the same job positions and education only an hour flight away in western direction. Of course, there are thousands of cases of good remuneration and, of course, this is often a rather personal matter but this is exactly why we should not generalize but look at each case from the right angle and with the right arguments.

Myth #5 – Bulgaria has no managers and is full of oligarchs

This has been a sore topic for decades. In the mid-'90s my good friend and then editor-in-chief of the Wall Street Journal Europe Frederick Kempe was in Sofia for a few days and around the end of his journalistic meetings I invited him over for dinner at home. It was the middle of the summer, Fred entered quite sweaty and worried, threw his jacket on a chair, took his tie off, sank into the couch and groaned: “Max, I cannot understand Bulgaria, I just can't. I met with three bankers today and as I entered the hotel I could not tell the banker from the bodyguard... I usually confused them and reached to shake hands with the bodyguard...” Now Bulgaria is not only a different country, but it is also a whole different planet. Changed to such an extent and so unrecognizable that I don't even have an idea what someone would mean by “oligarch”.

According to the definition, it is probably someone who uses political power to do business... But what kind of businessman, what manager would he be then... And furthermore – is there anyone today, in 2019, in the whole multitude of social media, forums, anonymous and not so much hidden profiles and opinions, who could stay hidden enough to pretend being a talented manager and in fact be an average speculator, who covered his business cards with empty pompous titles. We live in a transparent world and I've always believed that everything transparent is ethical.

When in 2002 I was among the authors of Bulgaria's first Ethical Business Standard and I was traveling the country to promote it and explain it, mainly in small towns the most common question was what “ethical business” actually is. And my answer was quite simple but direct: to make profits transparently. Naturally, on top of each business pyramid there is the necessity of profit, in order to develop, but if this happens transparently, then the guarantee this is also ethical is quite close to 100 percent. Now, nearly 20 years later, this is not only happening but has become the only valid standard for doing business. And that is why comparing oligarchs, or whatever we call them, to the term “manager” is simply impossible.

My most important argument is actually that in modern times it absolutely does not matter who the owner of a business is but only who runs it. Our practice is full of conceited and self-important big business owners, who sank into oblivion or we only see on TV reports from courtrooms, and the only reason for that is they were just owners and no managers.

And if the business in Bulgaria tends to succeed

and create an increasingly good market and competitive environment, then this is, I think, the most compelling proof that our country is full of successful managers and people who can lead, build teams and make good profits.

Perhaps everyone in their own office, their own business world, has a whole series of myths and delusions, of truths and axioms, but I am convinced that if we manage to analyze from each angle these exact five key statements and we draw our conclusions, in every office it would be easier to breathe.

And that way things in Bulgaria fill fall into place a lot faster than we expected. And we will come ever closer to what we call the modern business market.

Even closer than many other countries that we sigh for without even realizing how good can business be done in Bulgaria.